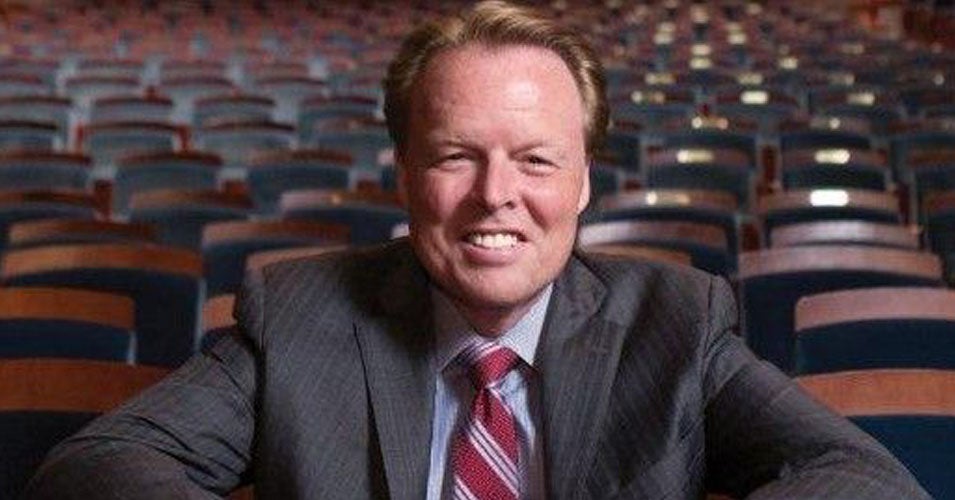 (South Florida – July 7, 2020) Donald R. Walters, Esq., board president of the Carbonell Awards, South Florida’s Theatre & Arts Honors, today announced the recipients of four Special Awards that will be presented at the 44th awards ceremony that will now be virtual. The Broward Center for the Performing Arts graciously offered to host the broadcast through their YouTube Channel.

Information on how to access the FREE virtual ceremony will be posted on the Carbonell’s Facebook page and website. The show will premiere at 7:30 PM on Monday, August 3. The original awards ceremony—scheduled for April 6—was postponed due to COVID-19.

“The four winners of this year’s Carbonell Special Awards truly represent some of the finest talents in South Florida’s theatrical community, each with years of dedicated service elevating the art form,” said Walters. “These extraordinary performers and presenters are particularly appreciated at a time when our theaters are dark, empty of audiences, illuminated by a single ghost light on stage, eagerly awaiting the eventual return of even more award-worthy productions and performances.”

The Carbonell’s Special Awards in 2020:

Each year, the Carbonell Awards sponsors The George Abbott Award for Outstanding Achievement In The Arts, which is awarded to an individual (or team) who has contributed significantly to the artistic and cultural development of the region. The award may be given for accomplishments within the year, or for a lifetime. Named after the legendary Broadway producer, The George Abbott Awardis voted upon by former recipients, members of the Carbonell board of directors, and a cross-section of media, arts, and local cultural leaders.

This year’s winner is Kelley Shanley, President & CEO of the Broward Center for the Performing Arts. He has held this position since 2009, having served as the Center’s Executive VP/General Manager for the previous 10 years. During his tenure at the helm of this cultural anchor, Shanley led two successful capital campaigns to ensure a bright future for the performing arts in the region. A $60 million campaign completed in 2014 “transformed the Broward Center’s theaters and campus, solidifying its standing as one of the most-forward thinking performing arts entities in the nation—one that delivers some 700 performances a year and an economic South Florida impact estimated at $130 million,” according to LMG Publishing in a recent article. In addition, Shanley introduced a robust affiliated venues management program, bringing the infrastructure of the Center to support the cultural advancement of the region, and now is overseeing a $30 million renovation of the iconic The Parker. Shanley’s vision, to build community through the arts, led the dynamic growth of the Broward Center’s award-winning education programs, serving more than 3.2 million students to date. His collaborative style continues to build on successful arts partnerships with Broadway, opera, ballet, regional theater, and local performers, filling the stages with world-class programming and reflecting a commitment to the artistry of our local community.

Established in 2006 and named for the late theater writer and journalist for the Miami News and South Florida Sun Sentinel, this award is given to the theater company that exemplifies excellence for the totality of its programming: productions, educational outreach, developmental programs and audiences served.

The recipient of a record-breaking 29 Carbonell Award nominations this season, Palm Beach Dramaworks is one of the premier cultural institutions in South Florida. The Wall Street Journal has called it one of the top ten regional theaters in the country. The professional, not-for-profit company is committed to enhancing the quality of life “through the transformative power of live theatre,” and since its founding in 2000, PBD has delighted, touched, and inspired theatergoers with exceptional productions of a wide range of fascinating, thought-provoking works, from classic to contemporary to world premieres. The theater is also dedicated to developing new plays, and The Dramaworkshop has become a nurturing, creative environment for playwrights to cultivate their evolving work. The company continues to expand and diversify its audience through thoughtful and entertaining community engagement initiatives, and its robust educational programs are transforming the lives of students throughout the county. To date, Palm Beach Dramaworks has won more than 30 Carbonell Awards.

Previous winners of The Bill Von Maurer Award include City Theater in Miami (2015), Maltz Jupiter Theatre (2011), and Actors’ Playhouse at the Miracle Theatre in Coral Gables (2007).

Named after a pioneer actor, theater director and producer, this award was established in 2000 to recognize contributions to South Florida theater development by an individual or group, for singular achievement and/or career contributions.

The recipient of four Carbonell Awards for Best Actress and a 17-time nominee,Barbara Bradshaw came to South Florida 45 years ago, found her theatre “home” and never returned to New York. She was a founding member of the Caldwell Theater company, where she performed in 47 different productions. With well over 200 shows nationwide on her resume (100+ here in South Florida), Bradshaw has appeared at many local theaters including Actors’ Playhouse, Palm Beach Dramaworks, Kravis Center, Florida Stage, Mosaic Theatre, Maltz Jupiter Theatre, and the much missed Coconut Grove Playhouse. She has received the coveted Los Angeles Drama-Logue and The Silver Palm awards, and last year was honored by the Florida Professional Theater Association (FPTA) with the Lifetime Achievement Award.

Established in 2000 and named after the pioneer theater director and producer, this award recognizes contributions to South Florida theater development by an individual or group, for singular achievement and/or career contributions.

The reviews were stunning. People Magazine called it “Miami’s hottest ticket,” and Forbes hailed the production as a ”theatrical masterpiece.” The Amparo Experience was an experienced theatrical journey in Downtown Miami that took the audience straight into the heart of one family’s fight for love, country, legacy and the truth behind the real Havana Club Rum. Written by Vanessa Garcia and staged by Victoria Collado, and including a four-piece band led by musical director Jose Elias, this heart-pounding, soul-stirring production illustrated, in the words of reviewer Christine Dolen, “the particular power of immersive theater for those unafraid to jump in.”

Previous winners of The Ruth Foreman Award include Juggerknot Theatre Company for Miami Motel Stories (2019), Nicole Stodard for her role in the GAP Play Reading Series at Thinking Cap Theatre (2018), Florida Children’s Theatre in Fort Lauderdale (2016), and The Naked Stage for its annual event The 24-Hour Theatre Project (2014).

The Carbonell Award’s virtual ceremony is being produced by Fantel Music, including Carbonell Award winner Caryl Fantel, who has been part of the award show’s production team for 12 years and is a two-time Silver Palm Award-winning music director, pianist and vocal coach; and her daughter Alyssa Fantel, an actress, acting coach and award-winning playwright.

About The Carbonell Awards

Along with New York's Drama Desk and Chicago's Joseph Jefferson Awards, the Carbonell Awards are among the nation’s senior regional arts awards and predate others including Washington, D.C.'s Helen Hayes Awards. The Carbonell Awards fosters the artistic growth of professional theater in South Florida by celebrating the diversity of our theater artists, providing educational scholarships, and building audience appreciation and civic pride by highlighting achievements of our theater community. Named after Manuel Carbonell, an internationally-renowned sculptor, who designed the original solid bronze and marble award in 1976, each season volunteer panelists and judges choose nominees and recipients from hundreds of shows produced on stages throughout the tri-county area. For more information, visit www.carbonellawards.org.