The Buckinghams and The Box Tops 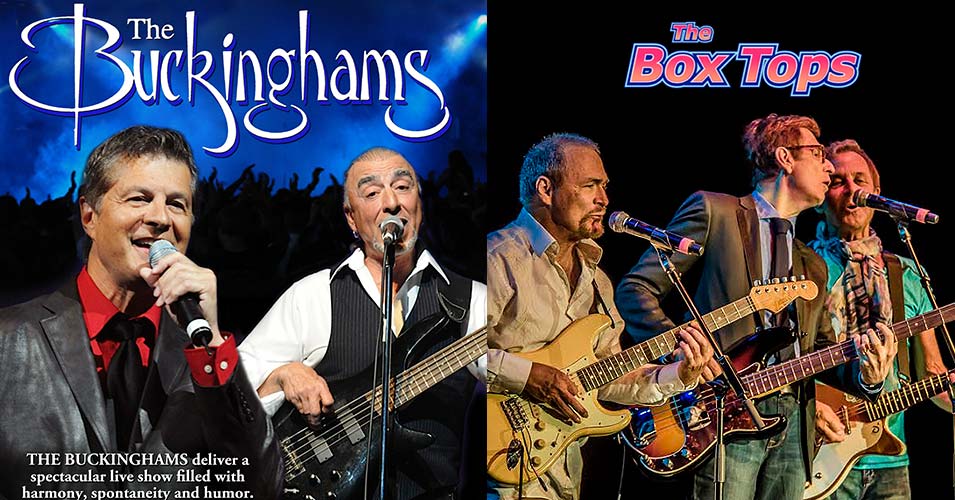 The Buckinghams formed in 1965 in Chicago as the height of the British Invasion. They won a “Battle of the Bands” contest sponsored by a Chicago TV Show, “All Time Hits”, and were awarded a 14-week gig on the show.  Within one year, the group signed a contract with USA Records, a Chicago label, and first recorded covers of hit songs like James Brown’s “I’ll Go Crazy”, The Beatles, “I’ll Call Your Name”, The Hollies’ “I’ve Been Wrong Before” until their first national hit “Kind of a Drag” debuted, which sold more than a million copies and went to #1 on the national pop charts.

The Box Tops, an American rock band formed in Memphis in 1967, were considered a major blue-eyed soul group of the period. Their music combined elements of soul music and light pop. They are best known for hits like "The Letter", though under two minutes in length, was an international hit reaching the Hot 100's number-one position for four weeks, selling over four million copies, earning a gold disc, and receiving two Grammy Award nominations.