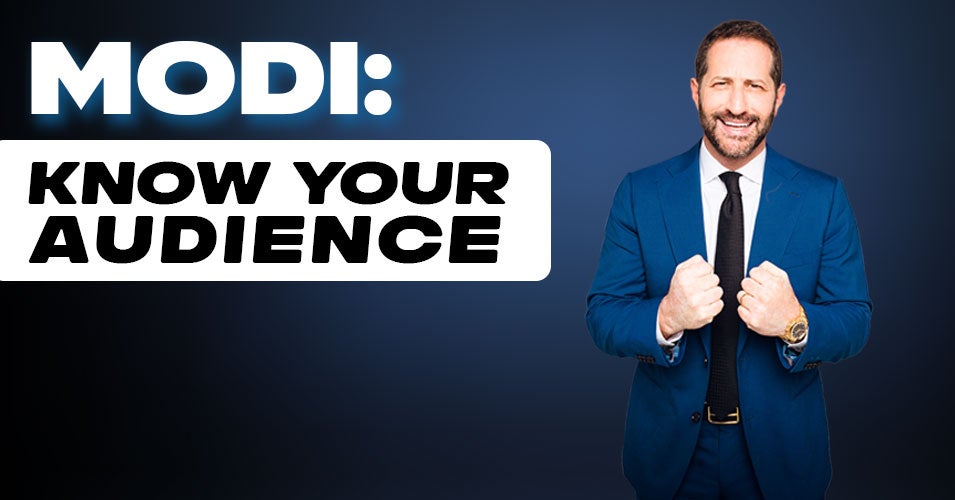 Voted one of the top 10 comedians in New York City by The Hollywood Reporter, MODI is one of the comedy circuit’s most sought after performers. Featured on HBO, CBS, NBC, ABC, Comedy Central, Howard Stern, and E! Entertainment, MODI has received rave reviews in The New York Times, Time Out NY and The New York Post.

Born in Israel, MODI moved to the United States at the age of seven. After attending college at Boston University, MODI worked as an investment banker and had no plans to become a stand-up comedian until one open mic night changed everything. MODI has appeared in several feature films and played leading roles in two: Waiting for Woody Allen, which won the LA Film Festival, and Stand Up, a feature-length film.

A regular performer at the New York and Los Angeles comedy clubs, MODI also headlines around the country and across the globe. He has toured in the United Kingdom, Holland, and Israel and performs in comedy festivals and special venues, including Montreal’s Just for Laughs Comedy Festival and The John F. Kennedy Center for the Performing Arts in Washington, D.C.