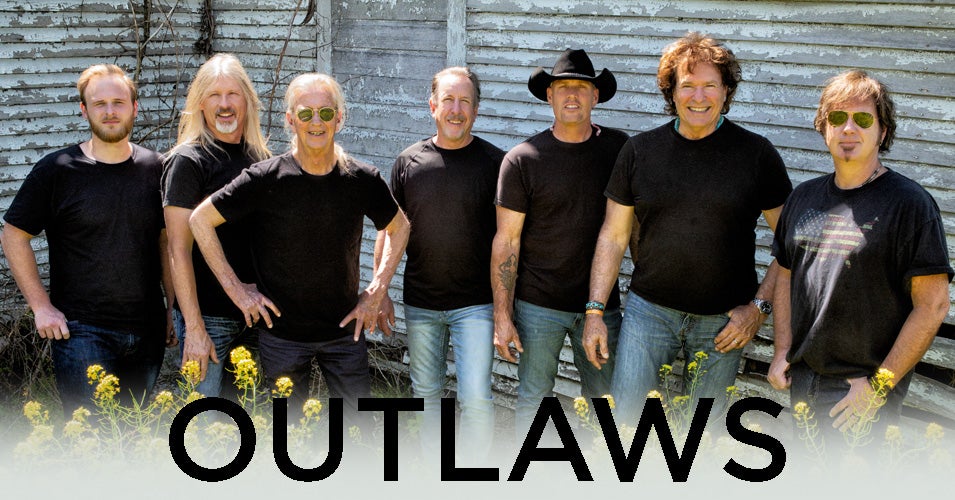 Formed in Tampa in 1972, The Outlaws – known for their triple-guitar rock attack and three-part country harmonies – became one of the first acts signed by Clive Davis (at the urging of Ronnie Van Zant). The band's first three albums The Outlaws, Lady In Waiting and Hurry Sundown – featuring such rock radio favorites as 'There Goes Another Love Song', 'Green Grass & High Tides', 'Knoxville Girl' and 'Freeborn Man' – would become worldwide gold and platinum landmarks of the Southern Rock era. Known as 'The Florida Guitar Army' by their fans, The Outlaws earned a formidable reputation as an incendiary live act touring with friends The Allman Brothers, Lynyrd Skynyrd, The Marshall Tucker Band and The Charlie Daniels Band as well as The Doobie Brothers, The Who, Eagles and The Rolling Stones. Special guest The Pat Travers Band.