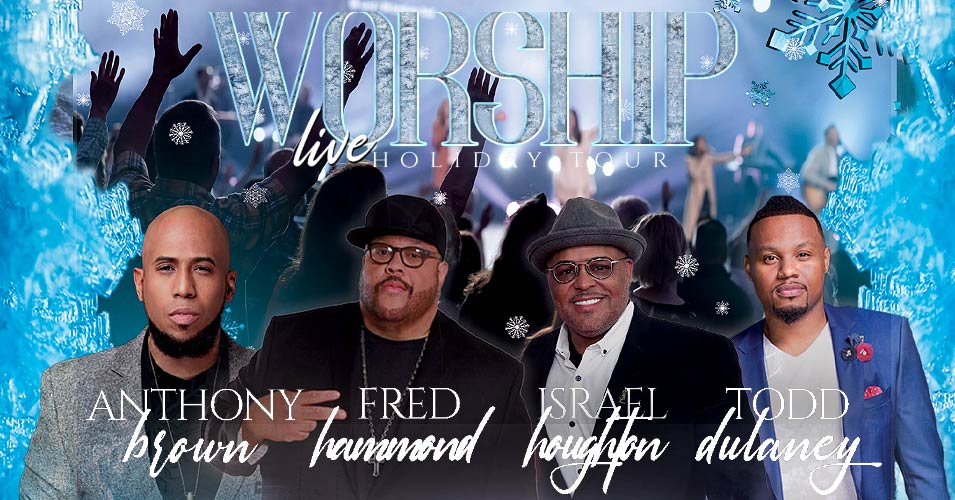 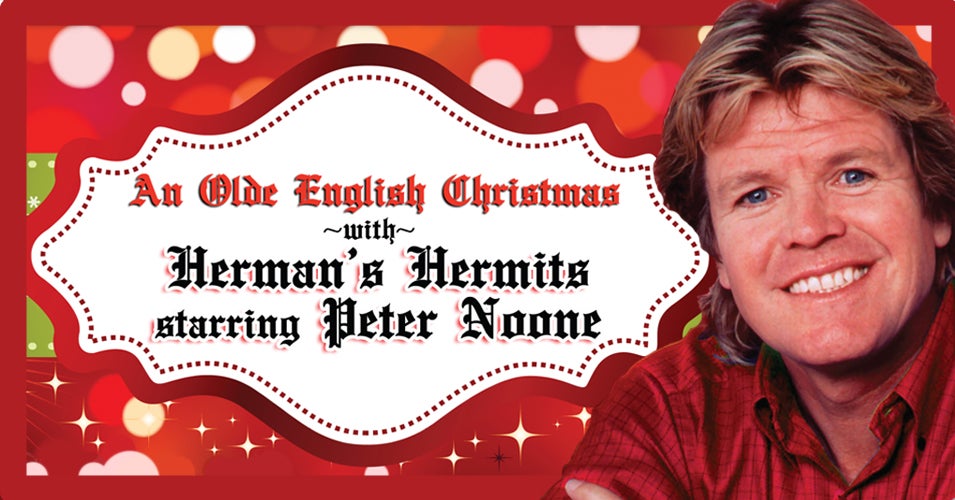 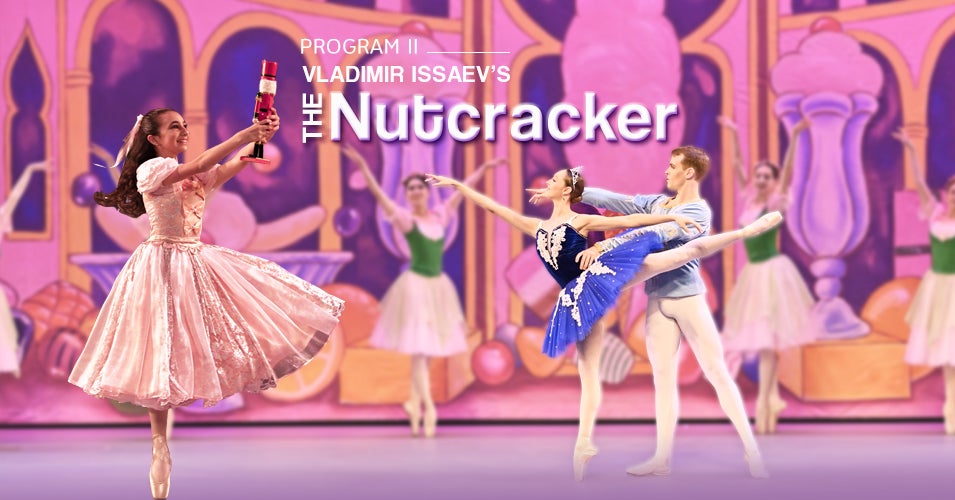 Lillian S. Wells Hall at The Parker celebrates the holidays this December with an inspirational night of gospel, Handel’s “Messiah,” the cherished Nutcracker ballet, comedy with Garrison Keillor and concerts with Peter Noone of Herman’s Hermits, Tab Benoit, Blue October, and a tribute to the Fab Four, among other events for all ages.

Grammy, Stellar and Dove Award-winning gospel great Fred Hammond is bringing the Festival of Praise Tour to The Parker Thursday, December 1 at 7 p.m. He will be joined by Gospel superstars Israel Houghton, Todd Dulaney and Anthony Brown. The Festival of Praise concert promises to be an unforgettable "hand clapping and foot stomping, get up out your seat" worship explosion with production and stage sets unmatched in any gospel tour. Hammond is a triple threat and has become one of the most revered singer/songwriter/producers in Christian music today with his chart-topping hits performed in virtually every church in U.S. and abroad. With a mission to overcome cultural and denominational barriers, Houghton formed his New Breed Ministries in 1995 and has released four albums. Dulaney spent most of his life pursuing a baseball career, playing five years of professional baseball, and now focuses on music. Gospel music legends and fans alike are abuzz about Brown, a young, urban, musically endowed and gifted songwriter and vocalist. Tickets are $39.50 - $89.50.

American blues guitarist, musician and singer Tab Benoit performs as part of the 2022/2023 TD Bank Jazz Series Friday, December 2 at 8 p.m. One of the most impressive guitarists to emerge from the rich bayous of Southern Louisiana, Benoit primarily plays Delta blue among a number of blues styles. Benoit's guitar tone can be recognized before his Otis-Redding-ish voice resonates from the speakers. He doesn't rely on any effects, and his set up is simple. It consists of a guitar, cord and Category 5 Amplifier. The effects that you hear come from his fingers. This event is presented by the Broward Center for the Performing Arts and AEG Presents. Tickets are $34.50-$59.50.

Keillor & Company is an evening of stand-up, storytelling, audience song and poetry starring Garrison Keillor and featuring pianist Dan Chouinard and vocalist Prudence Johnson on Sunday, December 4 at 8 p.m. There are sung sonnets, limericks and musical jokes, and the thread that runs through it is the beauty of growing old. There is the News from Lake Wobegon, a town booming with new entrepreneurs, makers of artisanal firewood and gourmet meatloaf, breeders of composting worms, and dogs trained to do childcare. But some things endure, such as the formation of the Living Flag on Main Street with citizens in tight formation wearing red, white or blue caps, and Keillor among them, standing close to old neighbors, Myrtle Krebsbach ("Truckstop"), Julie Christensen ("Bruno, The Fishing Dog") and Clint Bunsen. The evening includes an a cappella sing-along of patriotic songs, pop standards and hymns ending with the national anthem. This performance is not appropriate for children under 12 years. Tickets are $35-$69.50.

The Broward Center for the Performing Arts and Emporium Presents bring Blue October with special guest Beatnik Bandits to Lillian S. Wells Hall on Wednesday December 7 at 8 p.m. These lone star state rockers emerged during the mid-'90s delivering an emotionally charged amalgam of heart-heavy post-grunge and slick modern rock. Today’s alt-rock fans are devoted to the group's smart combination of indie rock and orchestral melancholy. Over the course of nearly two decades and seven studio albums, frontman Justin Furstenfeld has channeled his own emotional battles and life lessons into anthemic hit songs like "Hate Me" and "Into The Ocean." They built on that success via a string of albums that saw them go from radio-ready, post-grunge act (2011's Any Man in America) to stadium-sized synth rockers with an unabashed flair for the melodramatic (2016's Home). Tickets are $24.50-$75.

The Fab Four: The Ultimate Tribute performs Thursday, December 8 at 8 p.m. The Emmy Award-winning Fab Four is elevated far above every other Beatles Tribute due to their precise attention to detail. With uncanny, note-for-note live renditions of Beatles' classics such as "Can't Buy Me Love," "Yesterday," "A Day In The Life," "Twist And Shout," "Here Comes The Sun" and "Hey Jude", the Fab Four will make you think you are watching the real thing. Their incredible stage performances include three costume changes representing every era of the Beatles ever-changing career. This loving tribute to the Beatles has amazed audiences in countries around the world, including Japan, Australia, France, Hong Kong, The United Kingdom, Germany, Mexico and Brazil. This event is presented by the Broward Center for the Performing Arts and AEG Presents. Tickets are $35-$65.

An Olde English Christmas with Herman's Hermits starring Peter Noone unwraps a night of classic hits and holiday favorites on Friday, December 9 at 8 p.m. At the age of 15, Noone achieved international fame as "Herman," lead singer of the legendary pop band Herman Hermits. The band sold more than 52 million records including14 singles and seven albums that went gold with top hits such as “I'm Into Something Good,” “There's Kind of Hush,” “Mrs. Brown, You’ve Got a Lovely Daughter” and “Wonderful World.” Tickets are $40-$70.

Arts Ballet Theatre of Florida presents The Nutcracker, the most popular ballet enjoyed by audiences around the world during the holidays and a wonderful introduction to ballet for young audiences. Company artistic director Vladimir Issaev choreographs and directs the classic ballet to Tchaikovsky's popular score. Based on the tale of Ernst Hoffmann, the ballet is guaranteed to entertain any age with its engaging choreography - from the fun of the party scene to the harrowing battle scene to the enchanting kingdom of the sweets. This awarded professional company features their own ballet stars performing the principal roles, as well as a community cast made up of local character artists and children. Performances are Friday, December 16 and Saturday, December 17 at 7 p.m. and Sunday, December 18 at 3 p.m. Tickets are $50 with $5 lap tickets for children 12 months of age and younger. The Nutcracker is also presented as part of the JM Family Enterprises Smart Stage Matinee Series on Friday, December 16 at 10 a.m. Tickets are $10 with $3 lap tickets for children 12 months of age and younger. JM Family Enterprises Smart Stage Matinee performances are curriculum-driven and align with state standards, which are ideal for private, public and parochial school students and home-school networks. Free study guides are available on the Broward Center’s website.

Complete December Schedule at The Parker