THE BROWARD CENTER NOMINATED AS THE THEATRE OF THE DECADE 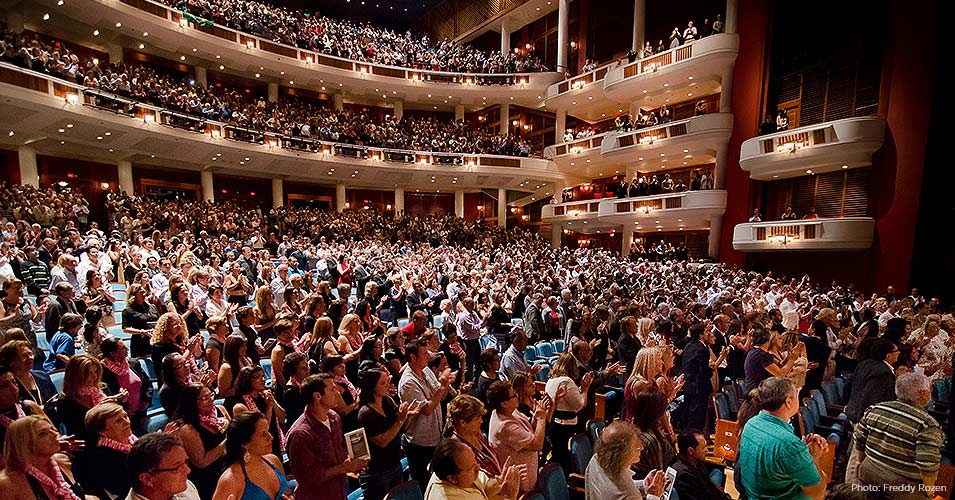 FORT LAUDERDALE, Florida (April 26, 2021) – Pollstar, an industry leader in live entertainment, has nominated the Broward Center for the Performing Arts for the “Theatre of the Decade Award.” Voting is open to the general public now through May 14 at 32nd Annual Pollstar Awards Fan Voting Ballot Survey.

The only venue in Florida to be nominated, the Broward Center is vying for the honor alongside Radio City Music Hall and the Beacon Theatre in New York City, the Colosseum At Caesars Palace in Las Vegas, the Fox Theatre in Atlanta, Orpheum Theatre in Minneapolis, Chicago Theatre, Durham Performing Arts Center and the Auditorio Nacional and Auditorio Telmex in Mexico.

The Broward Center was recognized by Pollstar as one of the top ten venues of its size in the world for the ninth consecutive year in 2019, the most recent award year. A statement by Pollstar noted, “With COVID-19 bringing a halt to traditional live events, resulting in a dearth of major tours, festivals, venue activity and touring-based artist development, Pollstar is dedicating the 32nd Annual Pollstar Awards to celebrating the most commercially and artistically successful artists, venues and events over the last decade, as determined by Pollstar’s box office data and prior awards voting history.”

“The entire organization, from top to bottom, has contributed to this nomination. I could not be more proud of the work of our team and the honor of receiving this nomination. It is recognition that the exceptional work of everyone behind the scenes is truly world class. Even during the most challenging period in our history during the pandemic, we delivered relevant programs to our audiences to engage them in the arts and stay connected,” said Broward Center President and CEO Kelley Shanley. “I want to thank our staff, loyal audiences and everyone who has bought tickets, taken classes or contributed to our Road to Recovery Fund as we work to raise the curtain again. And, of course, I encourage everyone to vote for us.”

With nominees chosen by Pollstar’s research and editorial staff, the “Theatre of the Decade Award” celebrates the theater that showcased superior talent booking, effective promotion, quality production values and staff, an exemplary experience for fans and artists and consistent box office success over the last decade.

As the pandemic shut down the theaters, the Broward Center pivoted to online and virtual offerings that continue to engage, inspire and connect through the arts. BrowardCenter@Home and Education@Home experiences have included Broadway Chats featuring live, online interviews with performing artists; virtual summer theater camps, Broadway intensives and online arts experiences for special needs audiences. More recently, the Broward Center has partnered with Cleveland Clinic, which is providing the medical expertise and guidance to ensure that it develops and implements effective health & safety protocols, to offer live performing arts experiences including outdoor events in the Peck Courtyard and the premiere of Backlot Live! that literally brings audiences to the stage door as they enter the Lillian S. Wells Backstage Plaza to enjoy music, comedy and other events outdoors and under the stars.

The 32nd Annual Pollstar Awards will recognize artists, venues, and individuals who rose to the occasion during the shutdown through streaming of live events, alternative delivery of live performances, philanthropy and innovation. Voters are encouraged to skip voting in any category for which they might lack the proper perspective. The voting deadline is Friday, May 14 at 5 p.m.

The winners will be announced at the the Pollstar Live! Conference at the Beverly Hilton in Los Angeles on Wednesday, June 16, 2021. Pollstar, the voice of live entertainment for more than 38 years, provides the most-up-to-date, relevant and useful data available for the global concert industry, delivering an unmatched archive of live entertainment data, a focus on editorial excellence and the most powerful metrics of entertainment industry success available anywhere.

The Broward Center for the Performing Arts is located at 201 SW Fifth Ave. in Fort Lauderdale. For more information, visit BrowardCenter.org.