SPOTLIGHTS SING... IN A VIRTUAL CABARET 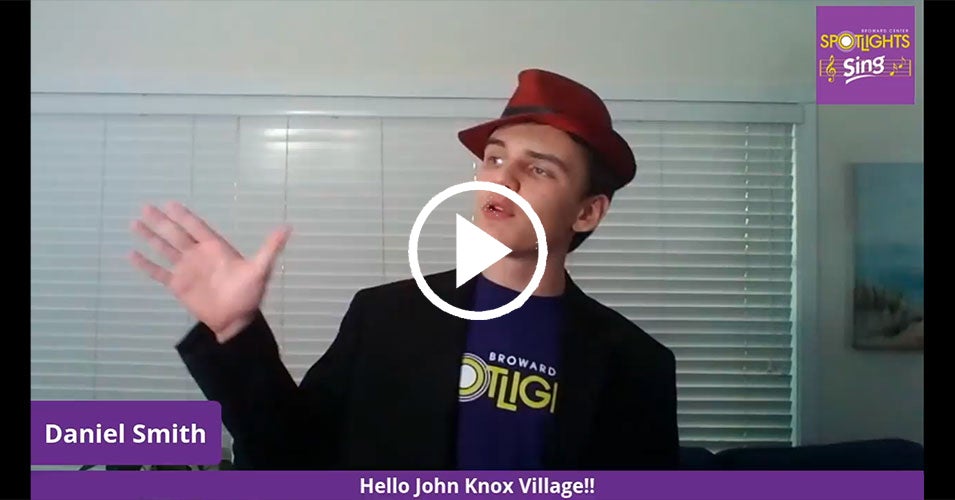 When it became clear that the live performance could not take place as planned, the Broward Center Spotlights performed a virtual cabaret of songs in an exclusive livestream Facebook concert for the residents of John Knox Village, a Pompano-based senior residential community. The Spotlights, our talented teen vocal ensemble, delighted these audience members with Broadway show tunes and standards from the American Songbook.

Thirteen members of the Broward Center Spotlights performed a variety of tunes ranging from “That’s Life” by Frank Sinatra to Barbra Streisand’s “Don’t Rain on My Parade” from Funny Girl with great enthusiasm and talent for an audience of appreciative residents who hold these songs near and dear to their hearts. The Spotlights perform at numerous community events and have become a regular feature on the stage at Christmas on Las Olas, Light Up Lauderdale, Countdown to Kindergarten, Barnes &amp; Noble and private events. They often greet guests arriving for Broadway shows at the Broward Center with a medley of show tunes. This was their second virtual cabaret this spring, following on a successful livestream with Sip Java Café in Fort Lauderdale. Each week, you can also hear these talented voices, as “Spotlights Sing” videos are released on the Broward Center Education Facebook page.