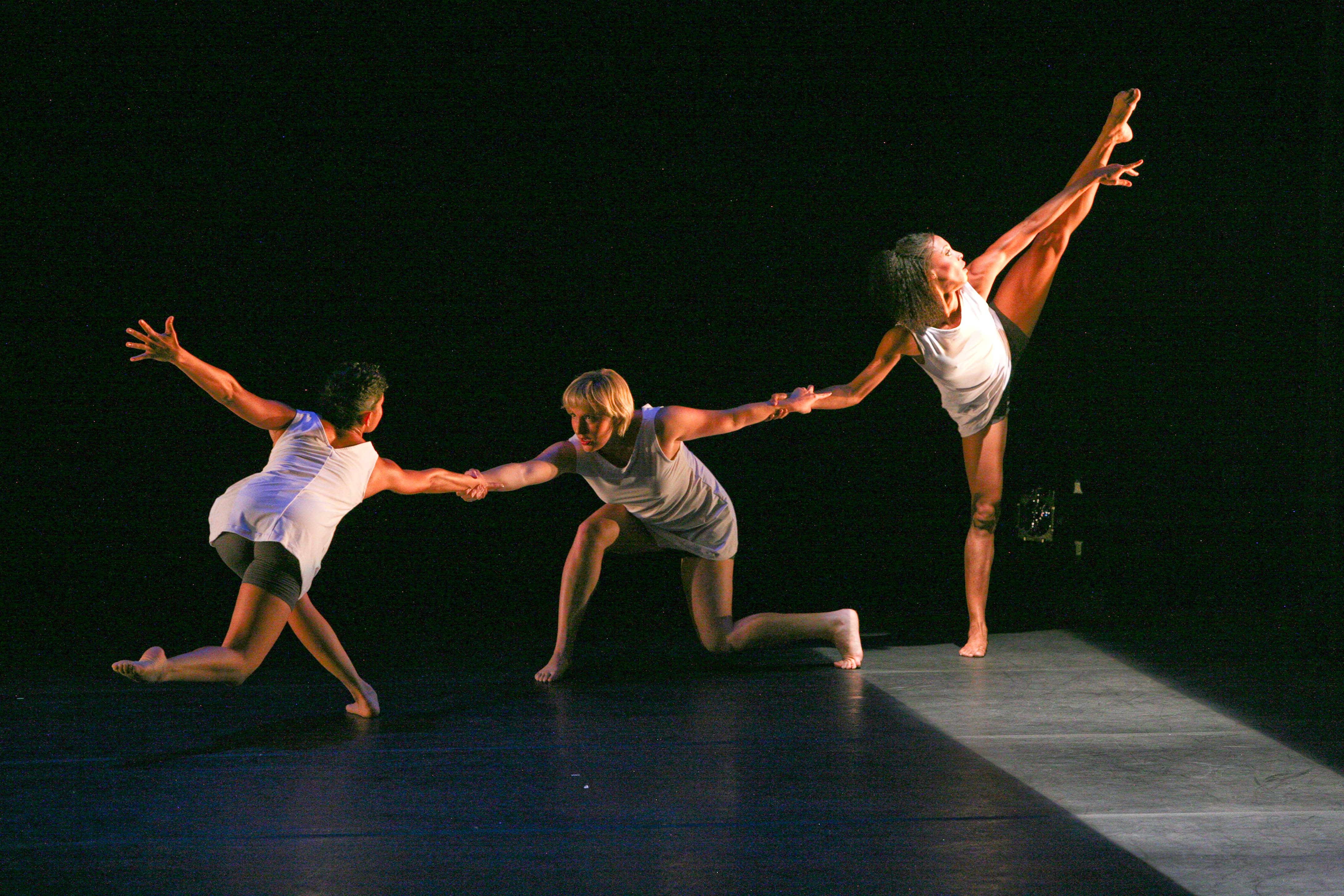 FORT LAUDERDALE, Florida (May 5, 2021) – Dance NOW! Miami (DNM) returns to the Amaturo Theater at the Broward Center for the Performing Arts with Program III on Saturday, May 15 at 8 p.m. One of the leading contemporary companies in Florida, the troupe will present the world premieres of Dorian's Reflection, inspired by the classic Oscar Wilde novel, and the Jewishthemed Anusim. The program also features the company's reconstruction of dance great José Limón's iconic La Malinche, as part of their annual Masterpiece In Motion series.

Dorian's Reflection, choreographed by DNM Artistic Co-Directors Hannah Baumgarten and Diego Salterini, is a contemporary treatment of the story and characters from Wilde's novel, The Picture of Dorian Gray, a foundational part of the gay literary canon. The ballet, with an original score by internationally recognized composer Davidson Jaconello, explores the themes of fear, loneliness, loss, and moral deterioration, embodied in Dorian, who remains forever young while his portrait ages instead. The dance work updates the narrative to our modern time of selfies and social media, plastic surgery, Tinder and Grinder, flipping the story so that Dorian's projected image stays young while the character of Dorian ages.

"In our youth-obsessed culture, Wilde's novel really still speaks to us, and inspired us to create a piece that looks at today's tendency towards self-absorption and indulgence," says Salterini. The other world premiere on the program, Anusim, what is hidden is never lost, is also a Baumgarten and Salterini collaboration. It is inspired by the 1497 decree in Portugal forcing all Jews to be baptized as "New Christians," but allowing them to practice their own religion in secret. It will travel with the company in June when they go on tour to Portugal.

La Malinche, which fills out the evening, is the first piece José Limón choreographed for his own company in 1947. It is based on the real life story of an indigenous Nahua woman who played a key role in the Spanish conquest of the Aztec Empire, and is a legendary character in Mexican cultural history. The piece is reconstructed on DNM by Daniel Lewis, Limón's protégé and former Artistic Director of the Limon Dance Company after the founder's death, well known in South Florida as the Founding Dean of the Dance Department of New World School of the Arts. La Malinche is presented in collaboration with the José Limón Foundation and the 75th anniversary of the Limón Company.

The Dance NOW! 2020/21 season continues with On-Stage With Italy's Opus Ballet at Miami Theater Center on June 19 and Dance NOW! On Tour in Portugal June 20-27.

DNM was founded in 2000 by Artistic Directors Hannah Baumgarten and Diego Salterini. The company presents several major projects annually, including original work from the Artistic Directors, created individually and collaboratively. In addition, their Masterpiece in Motion series honors the rich legacy of dance through the reconstruction of historic works of ballet and modern dance from the 20th and 21st Century (from Doris Humphrey to Isadora Duncan to Gerald Arpino/Joffrey Ballet). Dance NOW! also presents branded, immersive, site-specific performances that take place in museums, galleries and architectural sites called the Ekphrasis Project. Dance NOW! has collaborated with over 150 artists and organizations nationally and internationally and the company leads the South Florida dance community with initiatives such as the Daniel Lewis Dance Sampler, which celebrates South Florida’s established companies, and New Voices, presenting and mentoring emerging choreographers.

The company has been presented in 15 states and on three continents, from Brazil to Mexico, Honduras to Italy. With a strong commitment to education, Dance NOW! has reached over 33,000 children in South Florida alone through its in-school residencies, the World Dance Summer Intensive, the Dance NOW! Youth Ensemble, and performances throughout the community and from its home at the Little Haiti Cultural Complex. During the COVID-19 crisis, Dance NOW! led the dance community with the release of the Covid(eos), a series of dance video shorts, relevant to the moment and providing new content for its audiences while continuing its artistic mission.

The production is presented as part of the Broward Center’s Arts Access Program, which assists community-based organizations in presenting arts and cultural performances at the Broward Center. The program provides technical assistance and marketing support to local community groups enabling them to develop and build their audiences. Seating at this event allows for six feet of physical distance and tickets are only available in groups of two for patron safety. Health and safety guidelines will be followed and are available at BrowardCenter.org under the Visit tab.

Tickets are $40 reserved seating with student tickets prices at $15 students. Tickets are available online at BrowardCenter.org and Ticketmaster.com, the only official ticketing service of the Broward Center. Ticket sales benefit the Broward Center’s Road to Recovery Fund to support operations as the Center prepares for the day when the doors reopen, the curtain rises and the lights return to the Broward Center Stages.

Support for DNM and its performances, is provided in part by the Department of State, Division of Cultural Affairs; the Florida Council of Arts and Culture and the State of Florida (Section 286.25, Florida Statutes); Funding Arts Broward; the Miami-Dade County Department of Cultural Affairs and the Cultural Affairs Council, the Miami-Dade County Mayor and the Board of County Commissioners; the City of Miami Beach Cultural Affairs Program, Cultural Arts Council; Citizens Interested in Arts; Foundation for New Education Initiatives; Florida Dance Education Organization; Miami Dance Futures; Miami ArtZine; the Samara Fund; the South Beach Group; KCC Productions; Akerman Law firm; Northern Trust Bank; the City of Miami Parks and Recreation Department and the Little Haiti Cultural Complex; and other donors. Dance NOW! is also funded by The Children’s Trust. The Trust is a dedicated source of revenue established by voter referendum to improve the lives of children and families in Miami-Dade County. Dance NOW! is in residence at the Little Haiti Cultural Complex and at TAME Dance Academy, and is a resident company of the North Beach Bandshell. T