CUT LOOSE THIS HOLIDAY SEASON WITH “FOOTLOOSE THE MUSICAL” 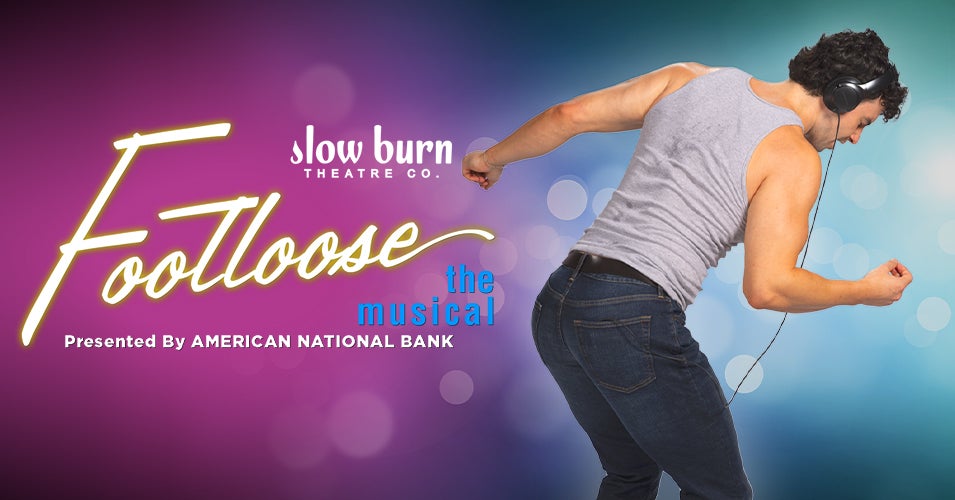 It’s time to cut loose and kick off your Sunday shoes with Footloose The Musical as Slow Burn Theatre Company’s 2022/2023 season presented by American National Bank continues in the Amaturo Theater at the Broward Center for the Performing Arts. Saturday December 17- Sunday, Jan. 1.

As one of the most explosive movie musicals of all time bursts onto the live stage, audiences can revel in this throwback to teen romance, angst and, of course, the desire to dance to the Oscar and Tony-nominated top 40 score fueled by the title song as well as “Let’s Hear It For The Boy” and “Holding Out For A Hero.”

Dean Pitchford, who wrote the original screenplay, created the lyrics to music by Tom Snow and adapted his film for the stage with Walter Bobbie. The soundtrack reached no. 1 on the Billboard charts and has sold over 15 million copies. Additional music is by such pop luminaries as Eric Carmen, Sammy Hagar, Kenny Loggins and Jim Steinman.

Footloose The Musical celebrates the wisdom of listening to young people while guiding them with a warm
heart and open mind. Kyle Southern and Heather Jane Rolff appear as a mother and her
teenage son who move from Chicago to a small town that, to the son’s dismay, does not allow
dancing. Caiti Marlowe portrays the girl that catches the son’s eye, but she is also the daughter of
the disapproving Reverend and his wife portrayed by Michael Dean Morgan and Irene Adjan.

The performance schedule includes holiday performances on Sunday December 25 at 6:30 p.m., Saturday, December 31 at 1 p.m. and Sunday, January 1 at 1 pm. The matinee performance on Sunday, December 18 at 1 p.m. will be open captioned in which a text display located to the side of the stage scrolls words in synchronization with the performance. Open captioning for Slow Burn Theatre productions is generously sponsored by the Amaturo Family Foundation.

This production is presented through special arrangement with Concord Theatricals and contains adult language or content.