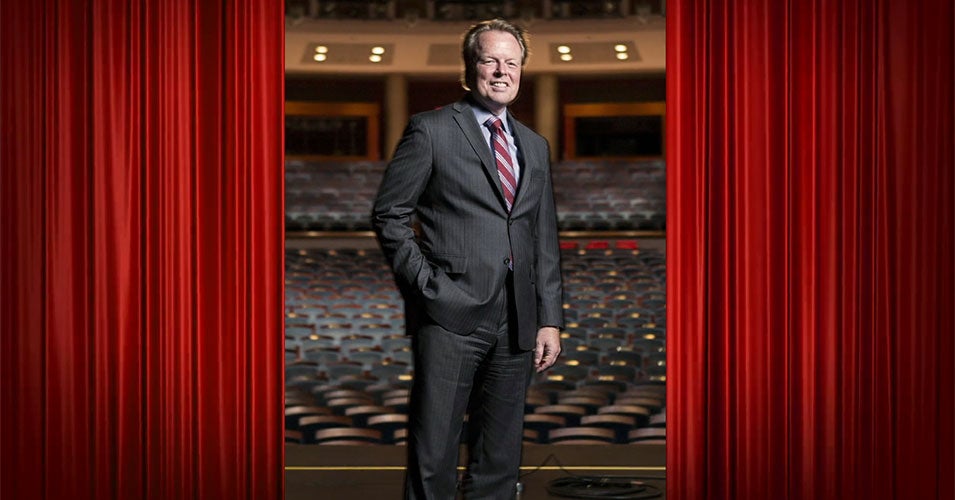 Kelley Shanley, Broward Center’s President & CEO, was honored with the prestigious George Abbott Award for Outstanding Achievement in the Arts at the 44th annual Carbonell Awards in a virtual ceremony on August 3. Named for the legendary Broadway producer, the Abbot Award is voted upon by former recipients, members of the Carbonell board of directors, and a cross-section of media, arts, and local cultural leaders.  It was presented in the first-ever virtual Carbonell Awards ceremony by Christine Dolen, long-time theater critic and arts writer. Below are excerpts from the
heartfelt tribute to Kelley.

Colleagues and friends celebrated this honor by sharing personal insights and recalling his contributions to the South Florida community. Susan Krajsa, president of Broadway Across America, cites Kelley’s “passion and dedication” as key elements of his leadership style. Mark Nerenhausen, former president and CEO at the Broward Center and now president and CEO of the Hennepin Theatre Trust in Minneapolis, describes Kelley as “a partner, a colleague, an advisor and friend,” adding: “When I think of this award, it is not only honoring Kelley for his achievements, it is honoring the achievements he has made possible for others.”

Kelley joined the Broward Center is 1999 as general manager and executive vice president, and in 2009 was named its president and CEO.  He is credited with playing a transformative leadership role at a place that serves as a major arts anchor for South Florida, with an estimated annual economic impact of more than $130 million.

He led the successful $60 million ENCORE capital campaign to expand and revitalize the center, adding new performance spaces, the Rose Miniaci Arts Education Center, waterfront dining at Marti’s New River Bistro, the Huizenga Pavilion, hospitality spaces and upgrading the Amaturo Theater.  Another $30 million campaign has funded the transformation of Fort Lauderdale’s 50-year-old The Parker, a process expected to be completed by December 2020.  In addition to the The Parker, other off-site facilities managed by the Broward Center are the Rose and Alfred Miniaci Center at Nova Southeastern University and the Aventura Arts & Cultural Center.

During Kelley’s tenure, the Broward Center has welcomed the award-winning Slow Burn Theatre Company as an anchor arts partner in the Amaturo Theater, and he has also enabled a wide range of community groups to perform at the center and expand their audiences through the Arts Access program.  In its partnership with the Broward County Public Schools, the Broward Center serves more than 130,000 students a year.

The George Abbott Award was among the special awards presented in the first-ever virtual Carbonell Awards ceremony. Awards for excellence in all aspects of theater were presented in 20 categories. For more information about the Carbonell Awards including all of the nominees and winners of this year’s awards, and to watch the virtual ceremony, visit www.CarbonellAwards.org.