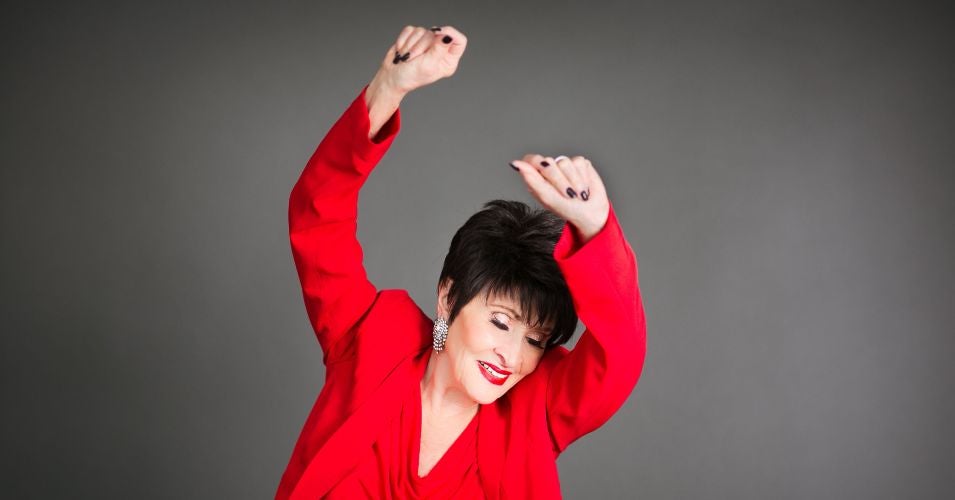 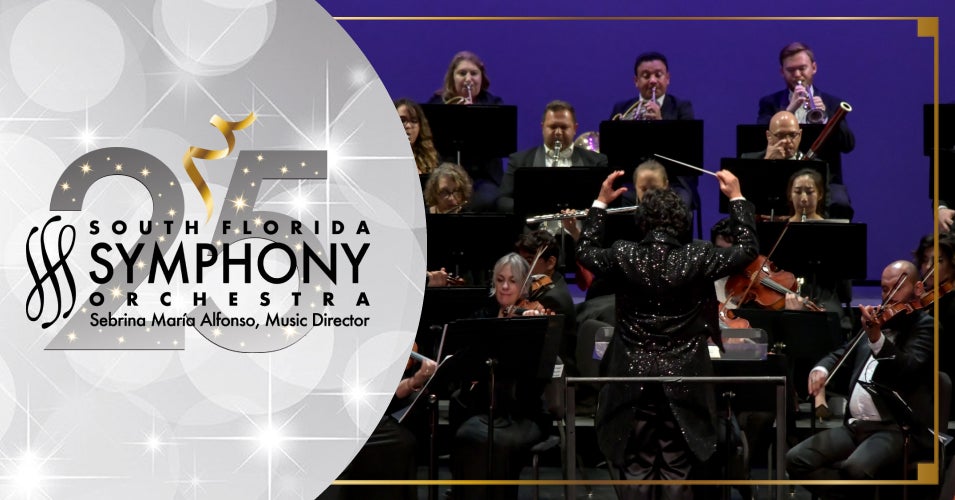 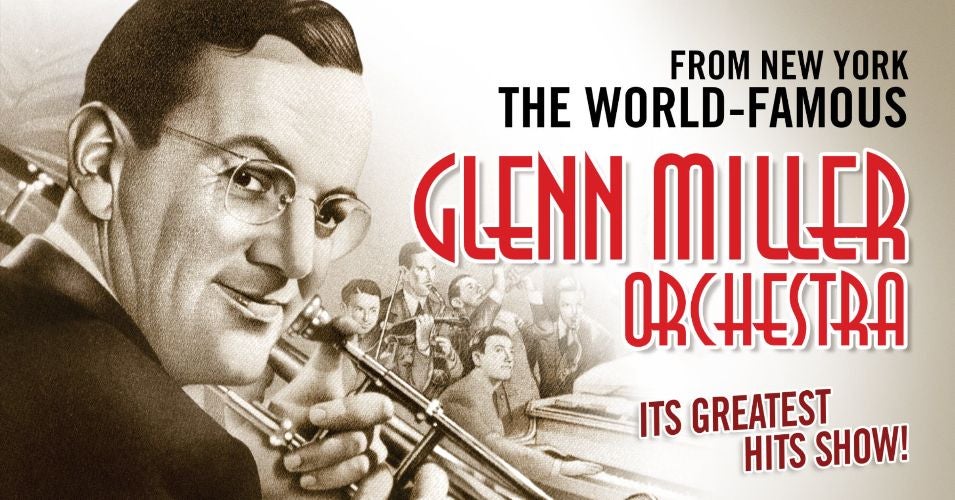 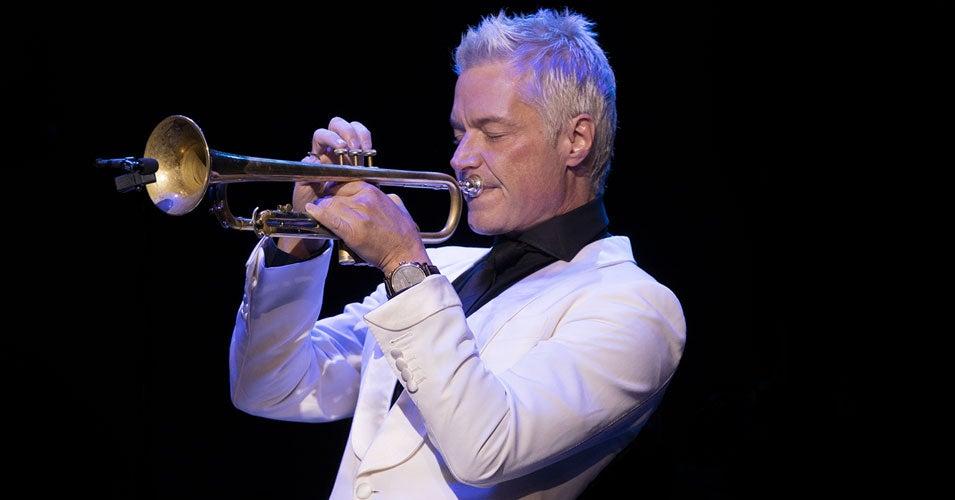 The Broward Center for the Performing Arts and Full Quality present Quítate Tú All Stars Tribute to Salsa on Saturday, January 7 at 8 p.m. Quítate Tú pays tribute to the golden era of Salsa bringing to the stage not only the look of the era, but the fiery and explosive big band arrangements with a 13-piece band under the direction of two-Time Grammy® winner Marlow Rosado. Tickets are $35-$75.

The Manhattan Transfer- 50th Anniversary with special guest The Diva Jazz Orchestra comes to Lillian S. Wells Hall as part of the TD Jazz Series on Friday, January 13 at 8 p.m. Celebrating its 50th anniversary in 2022, The Manhattan Transfer continues to set the standard as one of the world’s most innovative vocal groups with their blend of pop, jazz, R&B, rock ‘n’ roll, swing and a cappella music. Founded by Tim Hauser in 1972, the current group features Janis Siegel (alto), Alan Paul (tenor), Cheryl Bentyne (soprano) and newcomer Trist Cureless (bass), who replaced Hauser following his passing in 2014. The group remains a cornerstone for great pop and jazz hits, a legacy that the group has cemented since their first recording. The legendary quartet has been awarded 8 Grammy Awards with 20 nominations and has been inducted into the Vocal Group Hall of Fame. The Diva Jazz Orchestra, celebrating its 30th anniversary, is an ensemble of 15 extremely talented and versatile musicians who just happen to be women. Tickets are $58-$128 and include a digital download of the Manhattan Transfer’s special 50th anniversary album.

The Broward Center for the Performing Arts and AEG Presents bring the return of The Mavericks to Lillian S. Wells Hall on Saturday, January 14 at 8 p.m. Born of Cuban-American roots in Miami, the Grammy-winning country, Americana, and Tejano-infused rock and roll band recently had

country charts, and won a Grammy Award for the "Here Comes the Rain" single. Their garage band ferocity, intense live performances and deep love of both romance and pure country are led by Cuban-American Raul Malo, whose rich supple voice is often compared to that of Roy Orbison. Tickets are $45-$55.

Full of energy and in constant motion, Fela! The Concert radiates joy as it celebrates the sensual, eclectic sounds and powerful lyrics of Fela Kuti, the founding father of Afrobeat, on Sunday, January 15 at 7 p.m. Featurnig members of the original Broadway cast from the highly acclaimed Tony Award® winning production Fela!, the concert is driven by the electrifying rhythms from a live 10-piece Afrobeat band with nine singers and dancers who bring to life Fela's provocative spirit against a soaring canvas of projected images. Tickets are $45-$55.

Tracing the evolution of Doo Wop from the classic sound of five guys singing harmonies on a street corner to the biggest hits on the radio today, The Doo Wop Project performs on Saturday, January 21 at 8 p.m. The Doo Wop Project takes audiences on a journey featuring foundational tunes from the Crests, Belmonts and Flamingos through the vocal artistry of Smokey Robinson, The Temptations and The Four Seasons all the way to DooWopified versions of modern hits from Michael Jackson, Jason Mraz, Maroon 5 and Sam Smith. Featuring stars from the Broadway hits Jersey Boys, Motown: The Musical and A Bronx Tale, The Doo Wop Project brings unparalleled authenticity of sound and vocal excellence to recreate, and in some cases entirely reimagine, this great music from American pop and rock history. Tickets are $40-$60.

The Greatest Love of All A Tribute to Whitney Houston starring Belinda Davids comes to Lillian S. Wells Hall at The Parker on Sunday, January 22 at 7 p.m. This two-hour production fills audiences with joy, nostalgia and wonderment as it takes a heartfelt journey through Houston’s greatest hits including “I Will Always Love You,” “I Wanna Dance With Somebody,” “How Will I Know,” “One Moment in Time,” “I Have Nothing,” “Run to You,” “Didn’t We Almost Have It All,” “Greatest Love of All,” “I’m Every Woman,” “Queen of the Night,” “Exhale (Shoop Shoop)” and “Million Dollar Bill.” Davids, a RiSA chart-topping artist in her home country of South Africa, has performed alongside the likes of Keri Hilson, Keyshia Cole and Monica and was featured on Fox TV’s Showtime at the Apollo and BBC1 TV’s Even Better Than the Real Thing. With the accompaniment of a live band, backing vocalists and choreographed dancers, plus state-of-the-art sound, lighting and theatrical effects, this is a beautifully crafted tribute to one of the world’s most revered singers. This event is not associated with the Estate of Whitney Houston. Tickets are $49.50-$79.50.

Grammy Award-winning master trumpeter and composer Chris Botti performs as part of the The TD Jazz Series on Tuesday, January 24 at 8 p.m. Whether he is performing with illustrious symphonies or at renowned venues around the globe, Botti’s unparalleled crystalline and poetic sound transcends musical boundaries. For more than two decades, he has amassed a spectacular variety of honors, including multiple gold and platinum albums, to become the nation's largest selling instrumental artist. Botti’s mesmerizing performances with a stunning array of legends, such as Sting, Barbra Streisand, Tony Bennett, Yo-Yo Ma, Frank Sinatra, Paul Simon and Andrea Bocelli, have cemented his place as one of the most brilliant and inspiring forces of the contemporary music scene. Tickets are $59.50-$89.50.

The Broward Center for the Performing Arts and AEG Presents bring Tauren Wells “Joy In The Morning Tour” following the release of his album of that title to Lillian S. Wells Hall on Thursday, January 26 at 8 p.m. Known for his precision artistry, masterful lyrics and dance-oriented performances, this10-time Grammy Award nominee uniquely connects his contemporary Christian and gospel sound with elements of pop, hip-hop and R&B. His most recent collaboration with H.E.R., "Hold Us Together," was nominated for a 2022 Gramm Award for Best Contemporary Christian Music Performance/Song and his album Citizen of Heaven (Live) was nominated for Best Contemporary Christian Music Album. He is joined by special guests Aaron Cole and Lakewood Music. Tickets are $27.75-$59.75.

The Broward Center for the Performing Arts and AEG Presents bring Trevor Wallace and his “Are You That Guy? Tour” to Lillian S. Wells Hall as part of the Truist Comedy Series on Friday, January 27 at 7 p.m. Recognized in 2020 as a finalist for "Best in Comedy" at the Shorty Awards that recognize social media content providers, Wallace has built a digital thumbprint of over one billion views across his social media channels. He has also toured the U.S. performing at colleges and comedy clubs including two sold out nights at The Gramercy Theatre in New York as a part of the New York Comedy Festival. Wallace has been featured on Comedy Central, MTV, Barstool Sports, E! News, Business Insider, Buzzfeed, Complex, The L.A. Times, The New York Times, Ad Age and Men's Health to name a few. This event contains content that is not suitable for children 12 years and under. Tickets are $29.50-$39.50 with $124.50 VIP tickets that offer premium seating and a post-show meet and greet with the artist.

Producer Mark Cortale’s internationally acclaimed Broadway Concert Series hosted and music directed by Sirius XM Radio star Seth Rudetsky presents Chita Rivera on Sunday, January 29 at 7 p.m. Rivera received a Tony Award for Lifetime Achievement in addition to her two wins for performances in The Rink and Kiss of the Spider Woman as well as eight other nominations. She joins Rudetsky, whom the New York Times dubbed “The Mayor of Broadway,” in a spontaneous evening of show-stopping songs and hilarity. The unique format of the series that differentiates it from any other is a seamless mix of intimate behind-the-scenes stories prompted by Rudetsky’s insightful, funny and revealing questions and the music from the artists’ stellar careers. Tickets are $39-$69 with $125 VIP tickets that offer a meet and greet with the artists.

Complete January Schedule at The Parker

Jan. 22  The Greatest Love of All A Tribute to Whitney Houston starring Belinda Davids

Jan. 26  Tauren Wells: The Joy in the Morning Tour

Jan. 27 Trevor Wallace: Are You That Guy? Tour