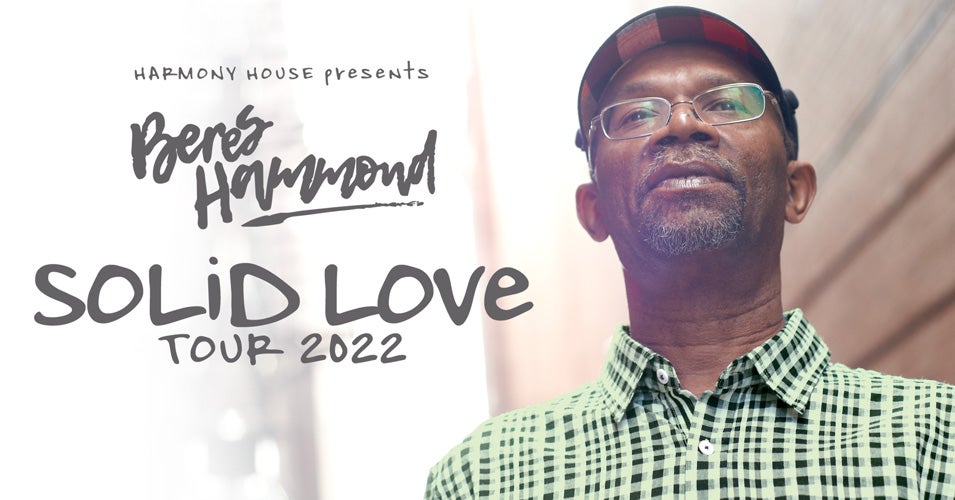 The Jamaican reggae superstar and undisputed king of lovers rock, Beres Hammond, brings his “Solid Love 2022” tour to the Au-Rene Theater at the Broward Center for the Performing Arts for two shows on Friday and Saturday, September 2 and 3 at 7:30 p.m.

Famous for his soulful vibe and smoky-sweet, bourbon-on-the-rocks vocals, this GRAMMY® Award–nominated singer-songwriter is known as the "Otis Redding of Reggae" with a hit list that includes "Tempted to Touch," "I Feel Good," "Putting Up Resistance," "Rockaway" and "No Disturb Sign."

Born Hugh Beresford Hammond in Annotto Bay in the Jamaican province of St. Mary, Hammond grew up listening to his father's collection of American R&B. His influences include performers Alton Ellis, Peter Tosh, the Heptones and Ken Boothe as well as the musical styles of jazz, ska, rocksteady and American rhythm and blues. He was awarded the Order of Jamaica for his contribution to the nation’s music industry.

Rolling Stone Magazine reported, “A specialist in intimate love songs often told from the viewpoint of the blue-collar, ‘common man,’ Hammond has been described as his country’s Marvin Gaye, and also its Springsteen.”

The Broward Center 2022/2023 season is supported by the Broward Performing Arts Foundation. AutoNation, Bank of America, Greater Fort Lauderdale Convention & Visitors Bureau, Spirit and Sylvester Comprehensive Cancer Center are proud sponsors of the Broward Center. Programs are also sponsored in part by the State of Florida, Department of State, Division of Arts and Culture and the Florida Council on Arts and Culture.