Presented by Association of Performing Arts of India 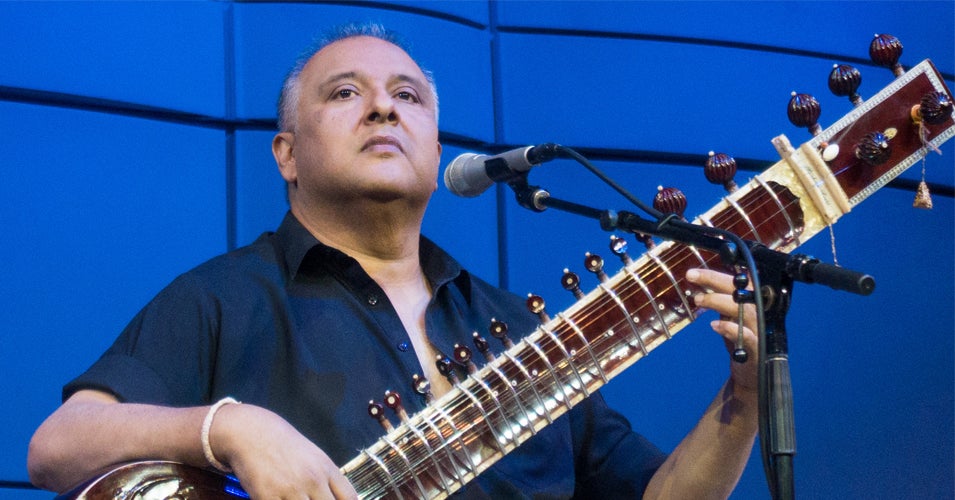 Unforgettable Sufi and Sitar presents a unique blending of devotional vocal music inspired by poets Rumi, Hafiz, Bulleh Shah, Amir Khusrow, and Khwaja Ghulam Farid, with captivating sitar melodies. The performance features one of the greatest North Indian classical musicians of his generation, the masterful Shujaat Husain Khan. With a musical pedigree dating back seven generations, he is the son and disciple of the legendary Sitar artist Ustad Vilayat Husain Khan.

Ustad Shujaat Husain Khan’s much-awaited live performance gives the South Florida community a rare glimpse into ancient Indian culture through the devotional music of traditional poets. His singing and sitar playing will be an absolute treat for the soul, a transformative experience that will take audiences to another world. This particular performance, which combines the rich mysticism of devotional music with the sounds of classical sitar, will draw an interesting and diverse audience. Individuals with an interest in spirituality, in traditional Indian art forms, and those with an interest in world music will have an opportunity to listen a masterful artist who will integrate ancient Indian classical music with medieval spiritual poetry to create a truly poignant performance.

"Melancholy, reflective, beautiful, Khan is today's most prolific ambassadors merging classical Indian music with newly formed styles." Whole Life Magazine, USA, February, 2013 Funding for this event is provided in part by the Broward County board of County Commissioners as recommended by the Broward Cultural Council.