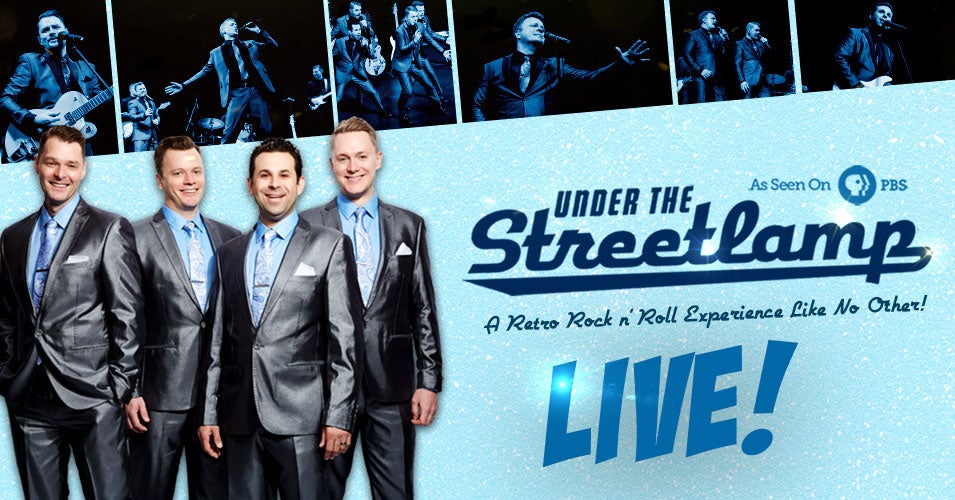 Featuring former leading cast members of the Tony® Award-winning Broadway musical “Jersey Boys”, UNDER THE STREETLAMP is a concert celebration of classic hits of the American radio songbook from the 1950’s – 1970’s. Exuding the irresistible rapport of a modern day Rat Pack, Michael Ingersoll, Christopher Kale Jones, Brandon Wardell and Shonn Wiley deliver an evening of unforgettable entertainment featuring tight harmonies and slick dance moves that take audiences back to an era of sharkskin suits, flashy cars and martini shakers.