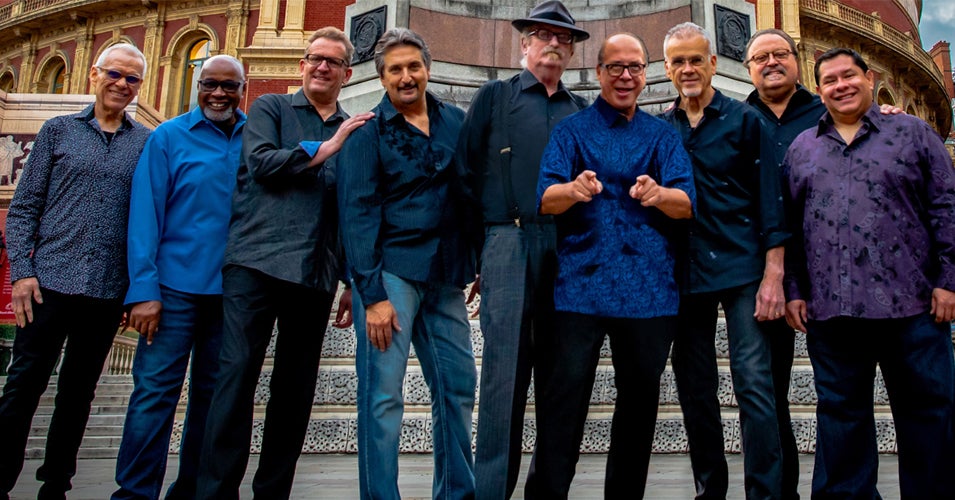 The brass-fueled group formed in 1968 in Oakland, California debuting their first album in 1970. Their dynamic blend of R&B, souls, funk, and AM POP can heard in 18 studio albums.

They have had eight songs on the Billboard Hot 100, their highest-charting songs include “You’re Still a Young Man”, “So Very Hard to Go”, “What is Hip?”, and “Don’t Change Horses (in the Middle of the Stream). Tower’s horn section appeared on a number of other artists’ recordings, such as Otis Redding, Aerosmith, Eric Clapton, Huey Lewis, Santana, and Stevie Nick and more.

At least 60 musicians have toured with the band over their 52-year history, but the sound remains the same. Don’t miss an evening of the legendary Tower of Power!

Please note, all items will be shipped to buyers. Package purchasers will receive an email (3) days prior to the day of the show with merchandise details. Information will be sent to the e-mail address provided at the time of purchase. Please note that the information provided at the time of purchase (email) is the same information that will be utilized for individual contact requirements where applicable. On Location | Future Beat, the artist, tour, promoter, ticketing company, venue, or any other affiliated parties are not responsible for outdated or inaccurate information provided by the consumer at the time of purchase. VIP merchandise will ship directly to purchasers and arrive after show date. VIP customers will receive a separate email from info@future-beat.com with instructions on how to place an order online by redeeming unique codes on the On Location | Future Beat redemption website. Instructions will be sent to the e-mail address provided at the time of purchase. VIP merchandise items will ship to the address provided at check-out during the redemption process. Shipping timelines vary and items may arrive several weeks after the show date. The laminate included in the package is not required for entry on the day of the show and does not gain or authorize access into the venue (without ticket), VIP, or any backstage areas. Package details subject to change at any time without notice. All package elements will be rendered invalid if resold. Name changes will only be issued at the sole discretion of On Location | Future Beat. All packages and package contents are non-transferable; no refunds or exchanges; all sales are final. For questions regarding VIP package elements, please email info@future-beat.com.