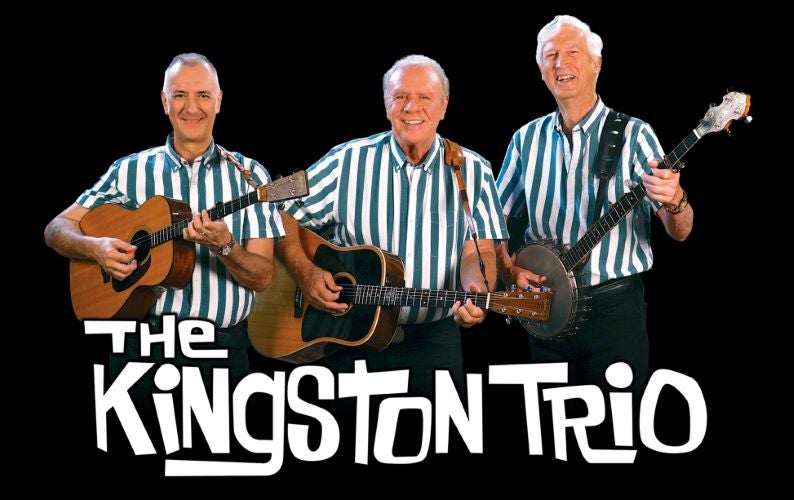 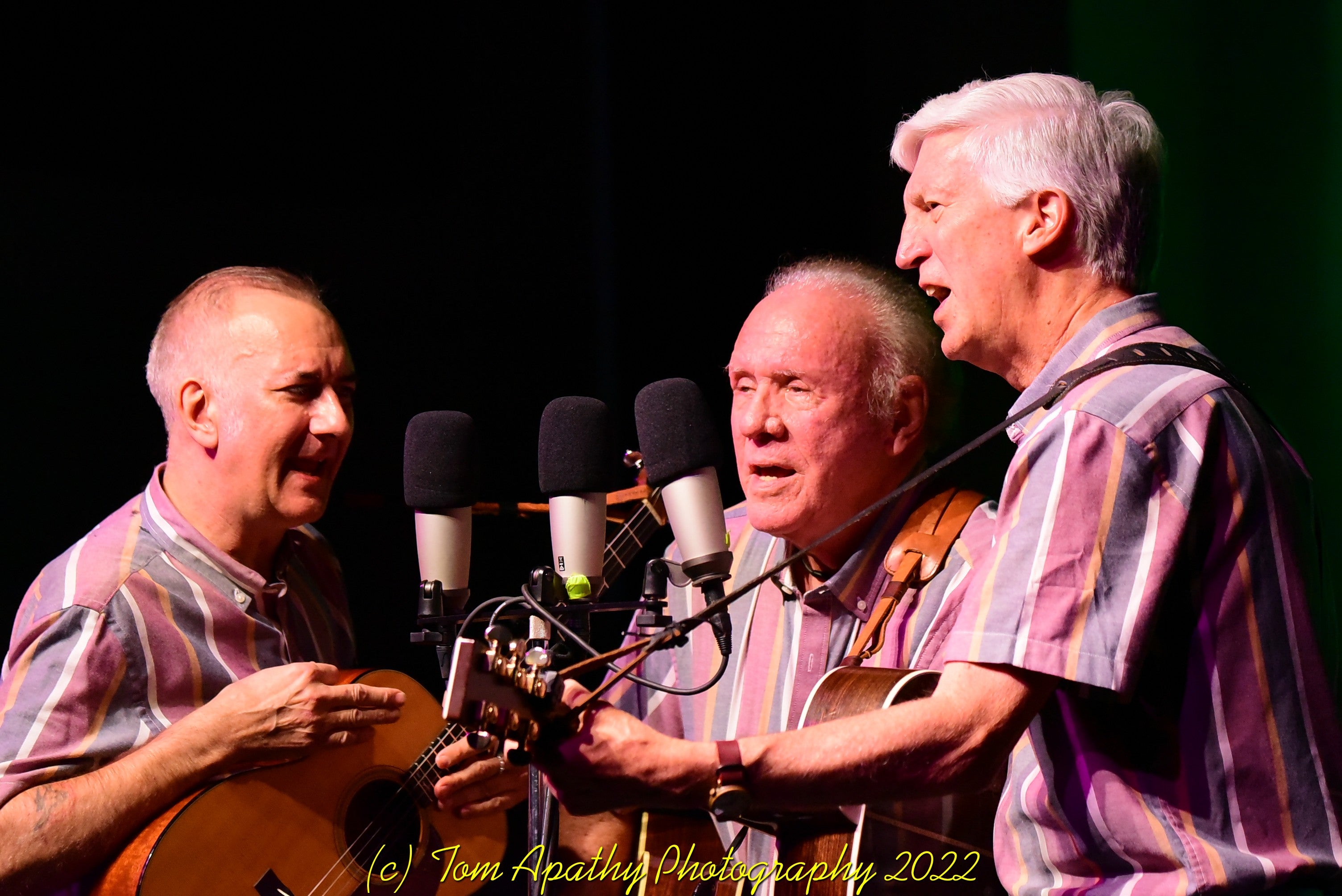 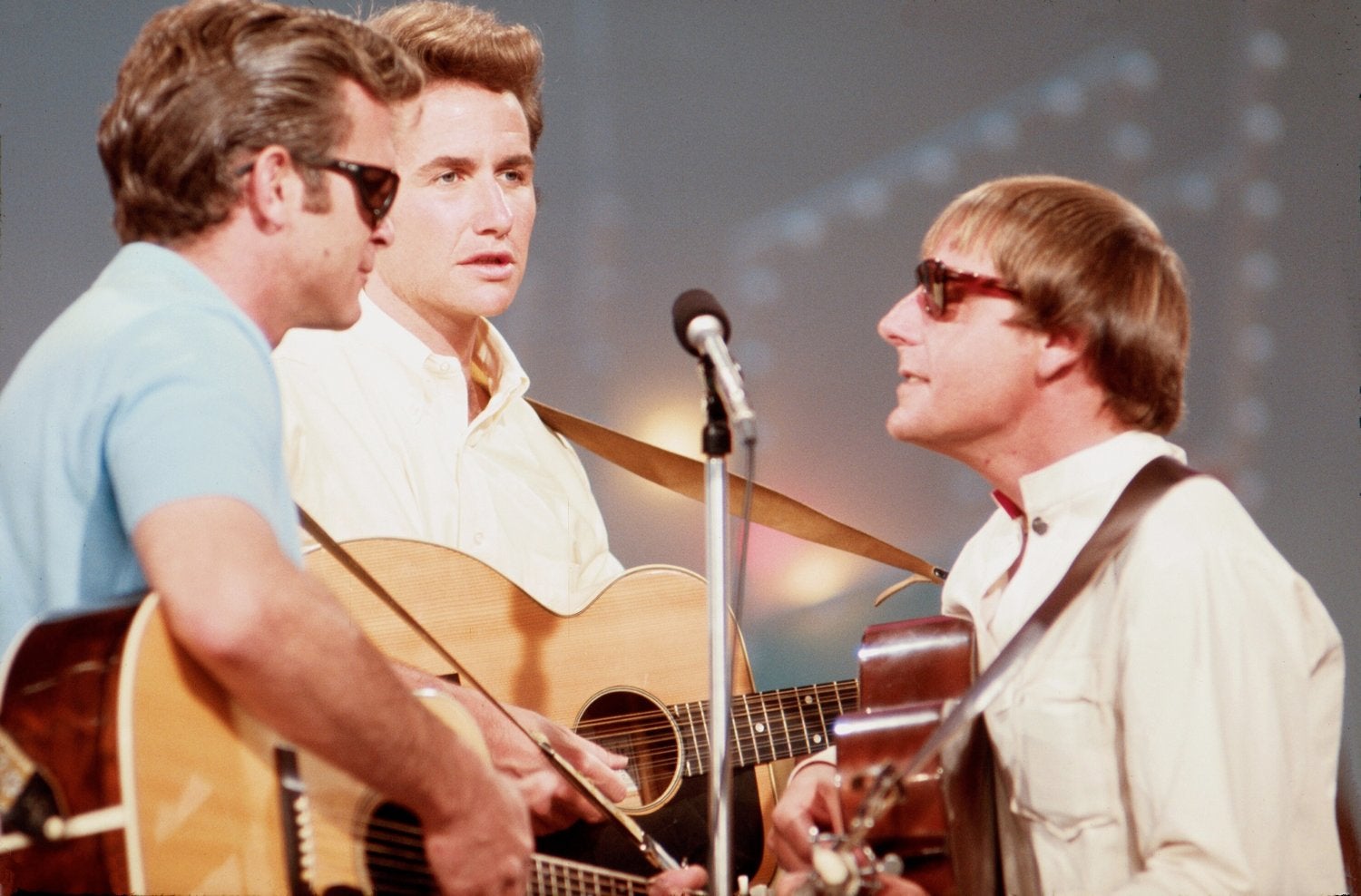 THIS EVENT IS AT THE ROSE AND ALFRED MINIACI PERFORMING ARTS CENTER AN AFFILIATED VENUE OF BROWARD CENTER FOR THE PERFORMING ARTS ON THE NOVA SOUTHEASTERN UNIVERSITY CAMPUS.

Fans of legendary folk icons The Kingston Trio can re-discover their timeless music all over again, after a forced nearly two-year hiatus due to pandemic restrictions as the group returns to their national tour. All three current members, Mike Marvin, Tim Gorelangton and Buddy Woodward have intrinsic links to and experience with the original group: Mike is the adopted son of founding member Nick Reynolds, who was also his musical mentor; Tim, a close friend since boyhood, is one of the few musicians outside the Trio who has recorded with Nick Reynolds; and Buddy, who has performed with longtime Kingston Trio member George Grove. Many of their personal memories recall the iconic trio’s performances and journey as folk music made its extraordinary ascent to the pinnacle of popular culture – and the top of the music charts. They’ll perform such timeless classics “Where Have All The Flowers Gone?” and “Tom Dooley”.

Cited as an influence by recording artists as musically and generationally diverse as Bob Dylan, Crosby, Stills & Nash and The Eagles to comedian and banjo player Steve Martin to contemporary artists such as the multi-Grammy® nominated Mumford & Sons and The Avett Brothers, The Kingston Trio occupies a unique, preeminent position in American musical history.

The Kingston Trio was one of the most prominent groups of the era's pop-folk boom that started in 1958 with the release of their first album and its hit recording of "Tom Dooley", which sold over three million copies as a single and was awarded the very first Grammy in the Country & Western Performance category in 1959.

The Trio released 19 albums that made Billboard's Top 100, 14 of which ranked in the top 10, and five of which hit the number 1 spot. Four of the group's LPs charted among the 10 top-selling albums for five weeks in November and December 1959, a record unmatched for more than 50 years, and the group still ranks in the all-time lists of many of Billboard's cumulative charts, including those for most weeks with a number 1 album, most total weeks charting an album, most number 1 albums, most consecutive number 1 albums, and most top ten albums.