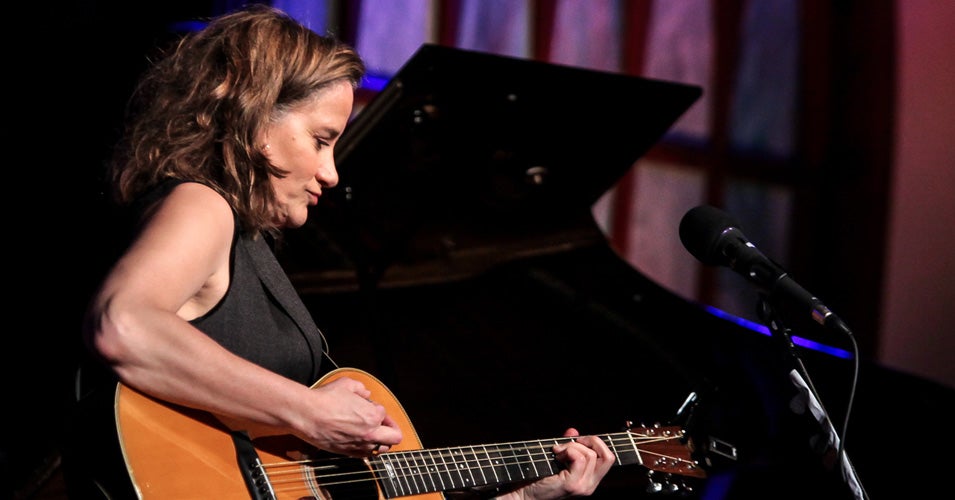 Over the course of her twenty five year touring career, Susan Werner has built a reputation as one of the country’s most compelling live performers. Dubbed by NPR as the “Empress of the Unexpected” Werner’s album projects cover the genres of folk, rock, pop, gospel, blues, and Americana. With formidable chops on guitar and piano, along with a graduate degree in voice performance, her shows are a one-woman master class in musicianship.

Her songs are noted for their poetry and sharp wit, and also for their astonishing stylistic range. She’s written songs in the style of Gershwin and Cole Porter (I Can’t Be New, 2004), gospel music (The Gospel Truth, 2007), traditional Cuban “son” (An American In Havana, 2016), and New Orleans junk piano (NOLA, 2019). In 2014 she composed the music and lyrics to the musical theater score of the Broadway-bound Bull Durham, The Musical (MGM). Her latest recording of original songs, The Birds of Florida was released in January 2022.