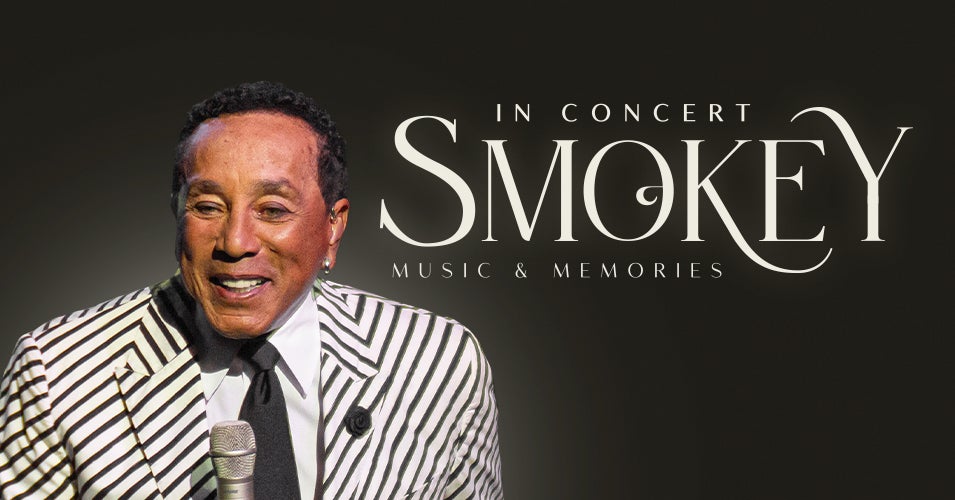 One of the definitive American soul voices, legendary singer-songwriter, record producer, executive and co-founder of Motown Records, Smokey Robinson comes to Broward Center on Sunday, December 18. Smokey Robinson embodies everything that the Motown Sound is famous for. With a catalog spanning nearly five decades, Robinson has several hits including “Crusin,” “The Tears Of A Clown,” “Tracks Of My Tears,” “I Second That Emotion” and “You’ve Really Got A Hold On Me,” among others. He is heralded as one of the major songwriters and producers for Motown, penning several hit singles such as, “Who’s Loving You” “My Guy,” “The Way You Do The Things You Do“, “My Girl“, “Get Ready” and many others.

Robinson has been Inducted into the Kennedy Center, awarded an individual star on the Hollywood Walk of Fame and a second star with The Miracles. He was awarded a medal at the National Medal of Arts, A Heritage Award at the Soul Train Music Awards and a BET Lifetime Achievement Award. Howard University conferred on Robinson the degree of Doctor of Music as did the Berklee College of Music.