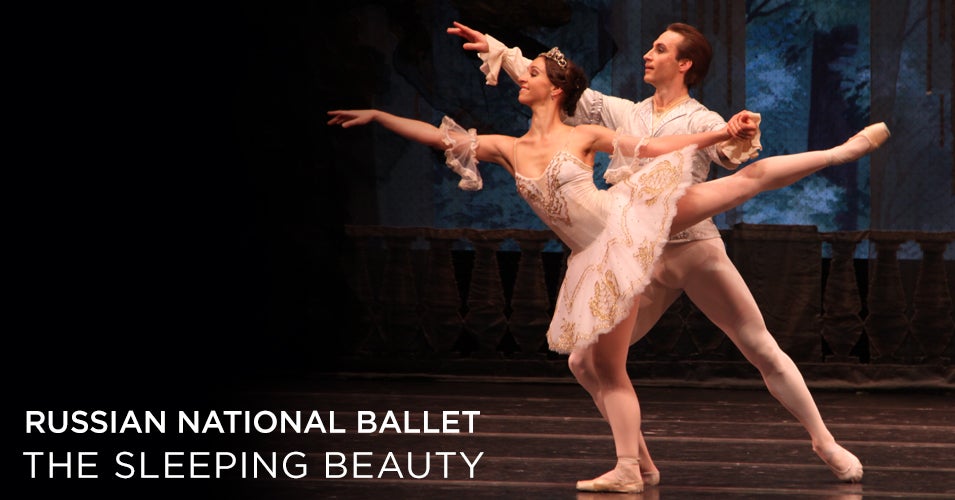 The Russian National Ballet has been bringing timeless ballet classics to the stages of North America since 1999. Founded in Moscow during the transitional period of Perestroika in the late 1980s, the company uses their new-found creative freedom, influenced by the political movement, to invigorate the tradition of Russian Ballet with new developments in dance from around the world. Founded by artistic director of legendary Bolshoi principal dancer Elena Radchenko, the company focuses on upholding the grand national tradition of the major Russian ballet works continuing to enlighten, inspire, and entertain audiences worldwide.

The Sleeping Beauty, is often considered the finest achievement of the Classical ballet with a grandiose and refined blending of the traditional mime, expressive pas d'action and spectacular divertissements in a lavish theatrical setting. Tchaikovsky was delighted with the invitation to write the music for a ballet based on Charles Perrault's well-known fairy tale replete with a king and queen, fairies both good and evil, a beautiful princess and dream prince, magical stage effects, and courtly splendor.

Teacher discounted tickets also available. Tickets must be picked up at Will Call, day of show, with a valid teacher ID. Two (2) ticket limit per ID.