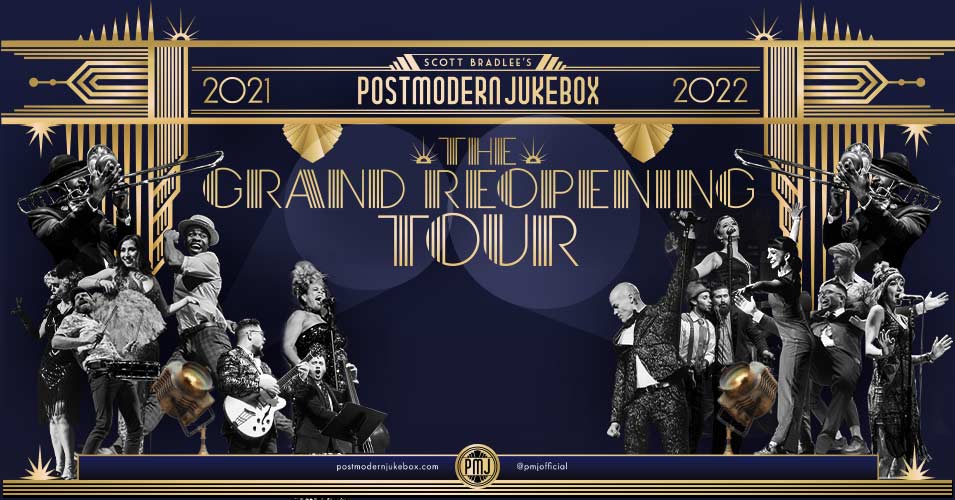 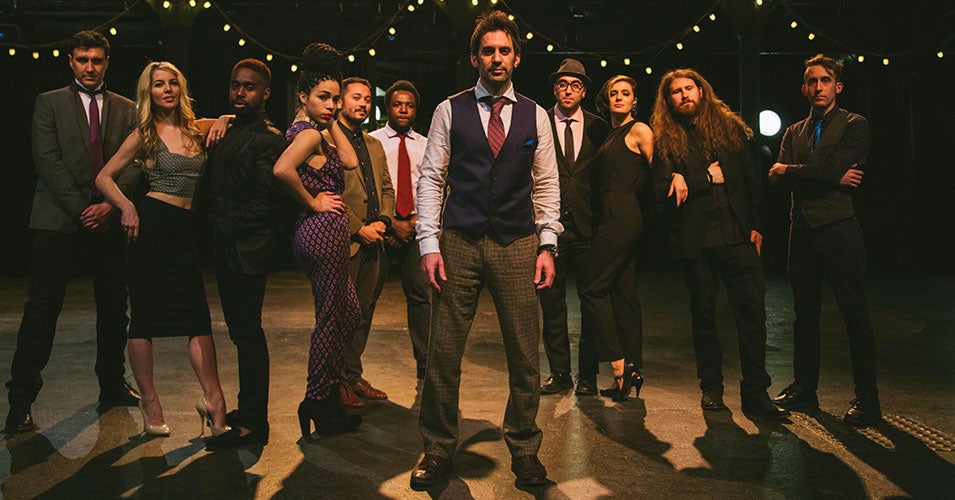 Scott Bradlee’s Postmodern Jukebox celebrates The Grand Reopening performing some of modern music’s biggest hits in the classic styles of the Roaring 20s and bygone eras. The group features an ensemble of multi-talented singers and musicians bringing Bradlee’s generation-spanning arrangements alive night after night. The core ensemble is often joined by surprise guests to make each concert unique and unpredictable – making for one of the most thrilling live music experiences of this and any other time period. MusicInsight.com put it quite simply in the Before Times: “Go see Postmodern Jukebox. Stop whatever you’re doing, right now, and go see them!"

Since embarking on a touring career in 2014, PMJ has performed on bigger and bigger stages as they’ve traversed the globe, including memorable shows at Radio City Music Hall in New York City. For a band so deeply rooted in Jazz Age aesthetics – though their time warps have touched on virtually every major trend in popular music, from doo-wop to Motown to hair metal –the coming of another twenties was obviously a symbolic milestone. Over the past decade, Postmodern Jukebox has grown from a viral phenomenon into a worldwide juggernaut, amassing more than five million subscribers on their YouTube channel, growing from Bradlee’s tiny apartment in Astoria, Queens, to a Los Angeles studio befitting the bandleader’s increasingly ambitious vision. Most recently, PMJ reimagined the beloved theme from Friends via the evolution of music styles throughout the 20th century – beginning in the Hot Jazz 1920s and climaxing in the 90s with a guest appearance by original “I’ll Be There For You” performers, The Rembrandts.

VIP merchandise will be distributed at the show.