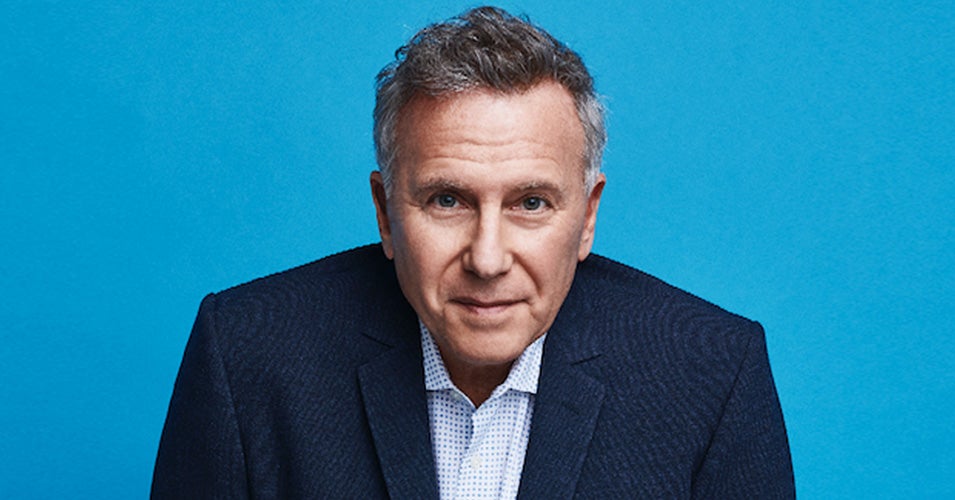 Comedian, actor, television writer, author and musician Paul Reiser is one of Hollywood’s most prolific talents, most recently starring in two hit shows for Netflix – Stranger Things and his Emmy-nominated turn in Chuck Lorre’s The Kominsky Method. He also revived one of his most iconic roles in the highly anticipated return of Mad About You, the Emmy-, Peabody- and Golden Globe-winning hit 90s comedy he co-created and starred in with Helen Hunt. Recently seen in Red Oaks and The Romanoffs, Reiser joined Sam Rockwell and Michelle Williams in the Emmy-nominated Fosse/Verdon. Throughout his career, Reiser has worked with both independent and mainstream filmmakers in acclaimed films, such as Whiplash, War on Everyone, Diner, Bye Bye Love, Aliens, One Night At McCool’s, Beverly Hills Cop I and II and Fatherhood, out now on Netflix. His first book, Couplehood, sold more than two million copies and rose to #1 on the New York Times bestseller list. Subsequent books Babyhood and Familyhood were also bestsellers. Reiser has garnered multiple Emmy, Golden Globe, American Comedy Award and Screen Actors Guild nominations. He regularly performs standup at sold-out venues nationwide and was voted one of the “Top 100 Comedians of All Time” by Comedy Central.

From standup to Stranger Things, Paul Reiser is one of Hollywood’s most prolific talents. See why Comedy Central crowned the star of Mad About You, Diner and The Kominsky Method one of the “Top 100 Comedians of All Time.”