PATTON OSWALT: I LOVE EVERYTHING 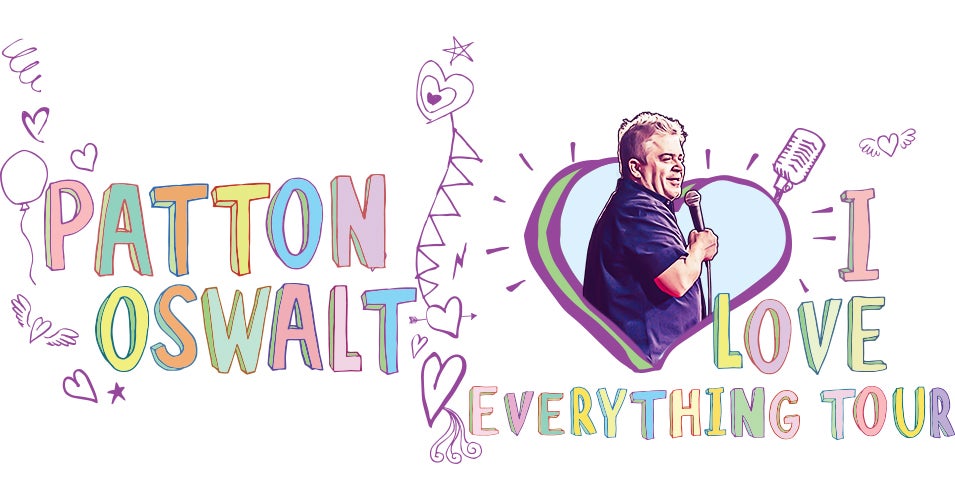 A comedian, actor, and writer, Patton Oswalt continues to find success in all areas of entertainment. From his award-winning comedy specials to his many memorable film roles and guest appearances on his favorite TV shows (including “Parks and Recreation,” for which he received a TV Critics Choice Award), Oswalt continues to choose work that inspires him and entertains audiences. As a comedian, Oswalt has shot seven TV specials and released six critically acclaimed albums, including his Grammy-winning Talking for Clapping (which TV special of the same name earned him an Emmy) and Grammy-nominated Tragedy Plus Comedy Equals Time that debuted in 2014. Finest Hour also received a Grammy nomination for “Best Comedy Album.