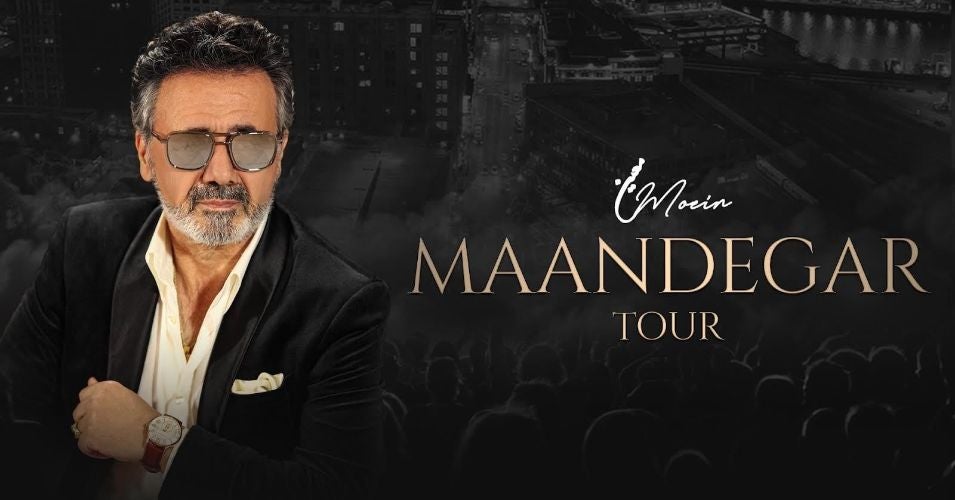 Nasrollah Moein born on January 19,1952 is known by Iranians world wide as the voice of love. Moein began his artistic career as a radio singer and has since released 26 albums and 32 singles. Throughout his career, Moein has continued to produce hit after hit. Beloved classics such as Kabeh, Havas, Esfahan, Miparastam, Safar, Sobhet Bekhir, Bibigol, and Paricheh have been enjoyed by Iranians everywhere. Yeki Ra Doost Midaram, produced in 1982, was his first album to be widely noticed in Iran. That being said, in recent years, Moein’s popularity has surged worldwide. So much so that he has had sold out concerts in esteemed arenas including: Universal Amphitheatre, Dolby Theatre, Microsoft Theater in Los Angeles, Roy Thomson Hall & Sony Center in Toronto, Royal Albert Hall in London, Dubai Opera House in Dubai, Arena Oberhausen in Germany, and other world renown venues.