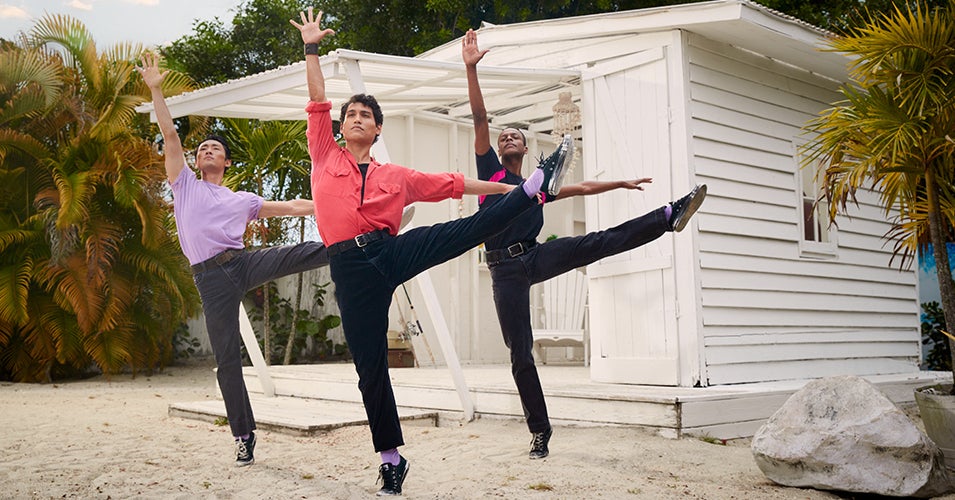 Whether on stage or on screen, the music, dancing, and drama of West Side Story never disappoints.

In 1995, Jerome Robbins adapted his smash-hit musical into a brilliantly theatrical suite of dances.  Revel in the energy of the MCB’s own dancing and singing Sharks and Jets as they face it out at the school gym and ultimately – tragically – rumble in the streets. Feel for the tender lovers Tony and Maria, and paint the town with Anita and Bernardo as the suite unfolds – all in a swirling showcase of Robbins, Leonard Bernstein, and Stephen Sondheim’s collective genius. West Side Story’s timeless theme of divisions among neighbors still resonates yet reminds us that with love, there’s a place for all of us.

This is the first commissioned work by Durante Verzola, a highly talented young choreographer who comes from the MCB School, fusing his gorgeous choreographic style with the lush designs of Miami-based international fashion designer Esteban Cortáza.

Perhaps Balanchine’s most loved ballet, the dynamic, exhilarating Symphony in C, features over fifty dancers, the women in sparkling-white tutus, spilling across the stage to Bizet’s enchantingly effervescent music. One of the deans of American dance criticism, Anatol Chujoy put it this way: “If there ever was any doubt that Balanchine was the greatest choreographer of our time, this doubt was dispelled when the curtain came down on his Symphony in C. Here is a classic ballet that will go down in history as the finest example of this thrilling art form.”