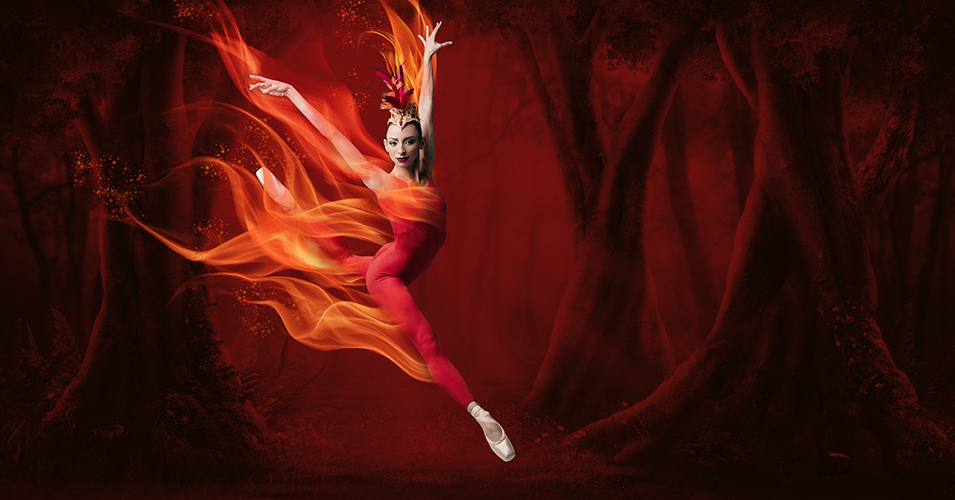 Alive with color, excitement, and spectacular effects, Firebird is a fantastical and thrilling story about magic, love, danger, and liberation - one of the greatest of all fairytales. This newly commissioned Firebird features the thrilling collaboration between Balanchine and Robbins with elaborate costume and set designs with music by the brilliant Stravinsky.

Prince Ivan, a young hunter, strays into a mystical forest and becomes spellbound by the exotic, immortal Firebird. She gives him an enchanted feather that will summon her when he is in dire need. When Ivan falls in love with a beautiful Princess who is under the control of the evil sorcerer Kaschei and his monstrous minions, he calls the Firebird, and this bewitching tale unfolds...

RODEO: FOUR DANCE EPISODES* (Peck/Copland)
With a cast of 15 men and one female dancer, Rodeo: Four Dance Episodes is a ground-breaking work that challenges conventions and showcases the power of MCB’s exceptional male dancers. Tony Award-winning Justin Peck’s thrilling choreography works together with Copland’s beloved American score to make “many people rejoice watching dance in the 21st... Its effect on the audience is inspiring.” New York Times

Pre-show lectures one hour prior to showtime. Late seating holds vary by program. Late comers will be seated at the discretion of
Front of House ushers.