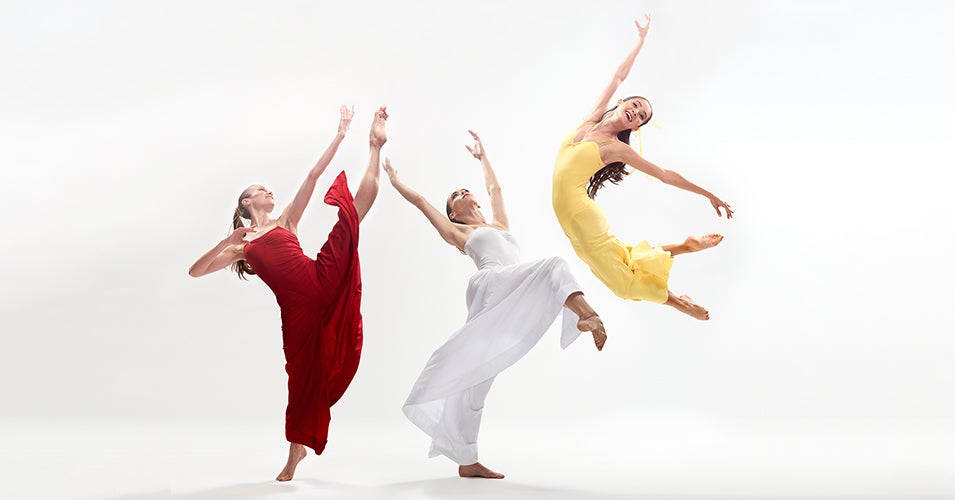 Miami City Ballet premieres its first-ever ballet by Martha Graham, the great pioneer of American modern dance. With her signature style, Graham revolutionized how dancers could move their bodies to convey human emotion. In Diversion of Angels, three couples express three aspects of love: flirtatious young love, romantic love, mature love. How beautiful and enthralling they all can be!

A program for lovers of modern and contemporary dance, featuring two seminal works by masters of the genre and two commissions from notable choreographers working in the art form today.

To help celebrate the José Limón Dance Company’s 75th Anniversary, MCB performs his haunting ballet of jealousy, passion, and tragedy based on Othello. To the ravishing music of Henry Purcell, Shakespeare’s four central characters play out their fate in this world-famous stately yet searing drama.

In his first ballet for MCB, the internationally esteemed Pontus Lidberg uses Philip Glass’s hypnotic Violin Concerto in his latest innovative exploration of how dance, technology, and film can combine into an inspiring work of art.

Amy Hall Garner’s second commission for MCB follows her digital premiere of ViVa (2021).A genre-mixing artist, Garner will again explore the interplay between ballet and modern dance in a piece that is wholly unique and stirring.