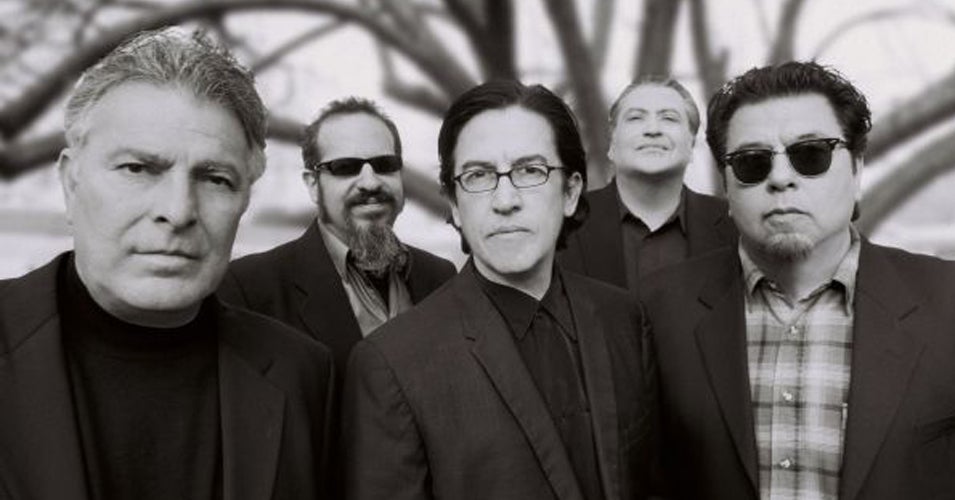 Ever since Los Lobos broke through the international charts with their massive hit cover of Ritchie Valens “La Bamba,” their name has been synonymous with high energy shows. The three-time Grammy Award winners and Rock and Roll Hall of Fame nominees have recorded over 20 albums, remaining true to their East Los Angeles roots through the mix of rock, blues, Tex-Mex, country and Mexican folk. Formed by guitarist David Hidalgo and percussionist Louie Perez, the group has maintained the same line-up uninterrupted since 1984. Los Lobos lends its signature musicality to classics like "Will the Wolf Survive," "Shakin' Shakin' Shakes," "Come On, Let's Go," "Don't Worry Baby," " Reva's House" and "La Bamba."

Special guest THE COMMONHEART. “This band is therapy for me to bring myself back to being a better person, and I hope people come along with me,” says powerhouse singer Clinton Clegg of The Commonheart. Clinton didn’t grow up in a Baptist church, and his soul machine of a band isn’t pushing religion. Live and in the studio, the Pittsburgh-based collective is offering feel-good positivity, Golden Rule messaging, and sweatsoaked performances that nimbly ease through blues, vintage soul, and rock.