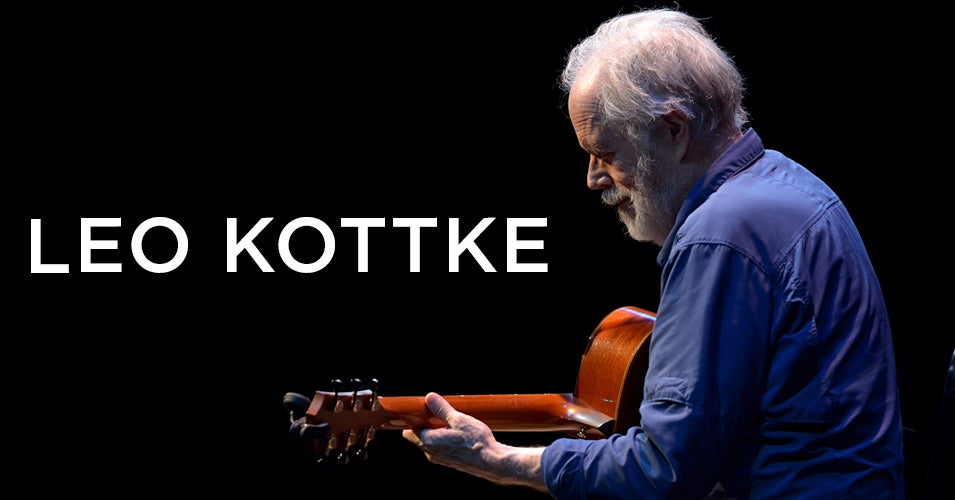 After recording more than 40 albums over four decades, prolific guitarist Leo Kottke boasts an impressive body of work and an unrivaled fingerpicking style that has won him two Grammy nominations and widespread acclaim. Drawing inspiration from folk, blues and jazz, he plays his signature 6-string and 12-string guitars with effortless aptitude, a big heart and an even bigger grin.

Kottke saw his first major-label debut, with 1971’s "Mudlark." He flourished during his tenure on Capitol, with records like 1972's "Greenhouse" and 1973's live "My Feet Are Smiling" and "Ice Water" found him branching out with guest musicians and honing his guitar technique. With 1975's “Chewing Pine,” Kottke reached the U.S. Top 30 for the second time. His collaboration with Phish bassist Mike Gordon, "Clone," caught audiences' attention in 2002. Kottke and Gordon followed with a recording in the Bahamas called "Sixty Six Steps," produced by Leo's old friend and Prince producer David Z.