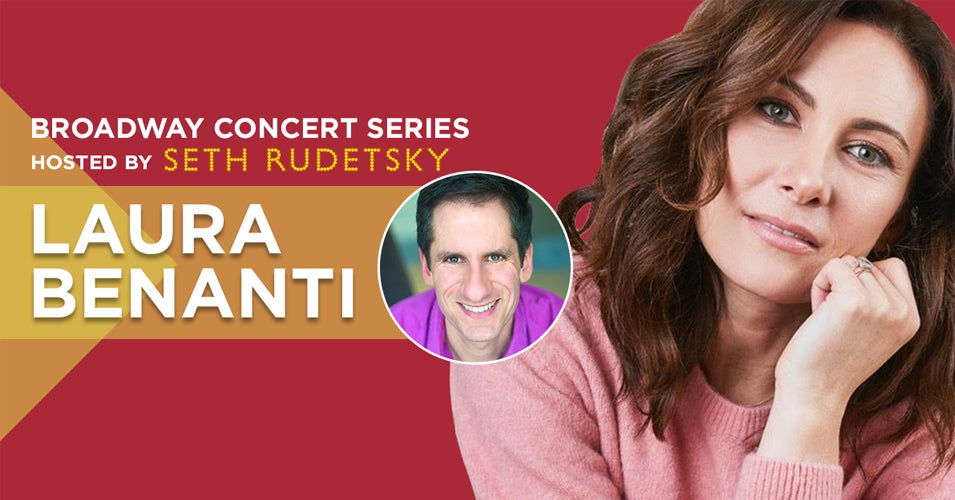 Experience an intimate evening of incredible music and hilarious conversations hosted by Seth Rudetsky featuring Tony Award winner Laura Benanti who took home the trophy for her performance in Gypsy alongside Patti LuPone. Over the past 4 years, she has made numerous appearances on The Late Show with Stephen Colbert as Melania Trump. Her Broadway credits include Tony nominated performances in She Love Me, Swing!, Into the Woods and Women on the Verge of a Nervous Breakdown. Benanti appeared in the Rockettes' New York Spring Spectacular in 2019. On screen she has appeared in Supergirl, Nashville, Nurse Jackie, The Good Wife, The Sound of Music LIVE!, The Playboy Club, Go On, Starved, Law and Order: SVU, Royal Pains, Eli Stone, The Big C and Elementary. She can now be seen in the Samantha Bee and Jason Jones TBS comedy, The Detour.