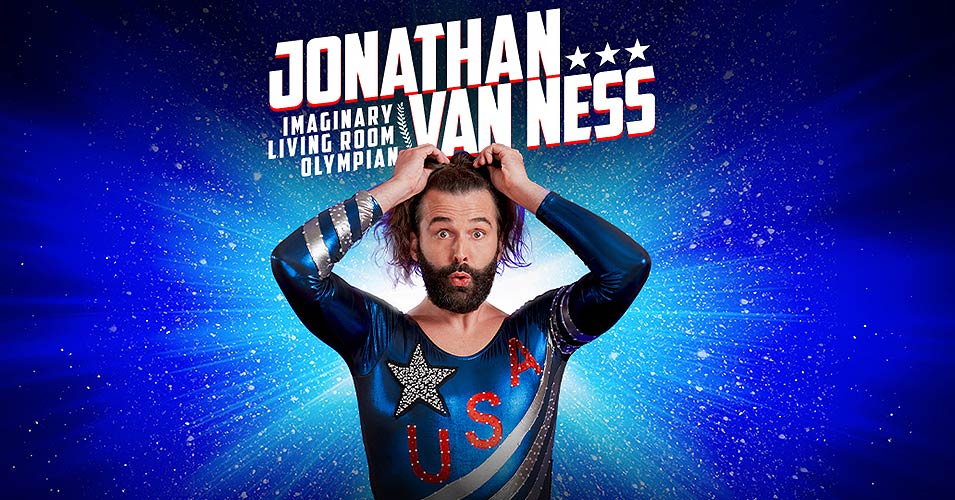 Jonathan Van Ness is an Emmy-nominated television personality, New York Times best-selling author, podcaster, and hairstylist to the stars. He stars on Netflix’s Emmy Award-winning reboot series “Queer Eye,” where he shines as the hair guru and self-care advocate. He was a 2020 Primetime Emmy nominee for 'Outstanding Host for a Reality or Competition Program' along with his "Queer Eye" cast mates. Launched in 2013, Jonathan starred on the Emmy-nominated web series “Gay of Thrones,” a witty social commentary series recapping HBO’s “Game of Thrones” which garnered Emmy nominations in 2016, 2018 and 2019 for ‘Outstanding Short Form Variety Series.’

Jonathan’s podcast “Getting Curious with Jonathan Van Ness,” was named one of the Top Podcasts of 2018 by Time Magazine, won the iHeart Radio Award for Best LGBTQ Podcast, and is a 2020 People’s Choice Award nominee for Best Pop Podcast. Jonathan is also a 2020 People's Choice Award nominee for 'Favorite Reality TV Star' for the second year in a row. In September 2019, he released his revelatory memoir, Over The Top: A Raw Journey To Self-Love, a New York Times Best-Seller and 2019’s Goodreads Choice Award for Best Memoir & Autobiography and must read book of 2019 by The New York Times, TIME Magazine and NPR to name a few. His appearance on "The Late Show with Stephen Colbert" to discuss the book, living with HIV and HIV stigma earned a GLAAD Media Award for 'Outstanding Variety or Talk Show Episode.'