Live and In Person 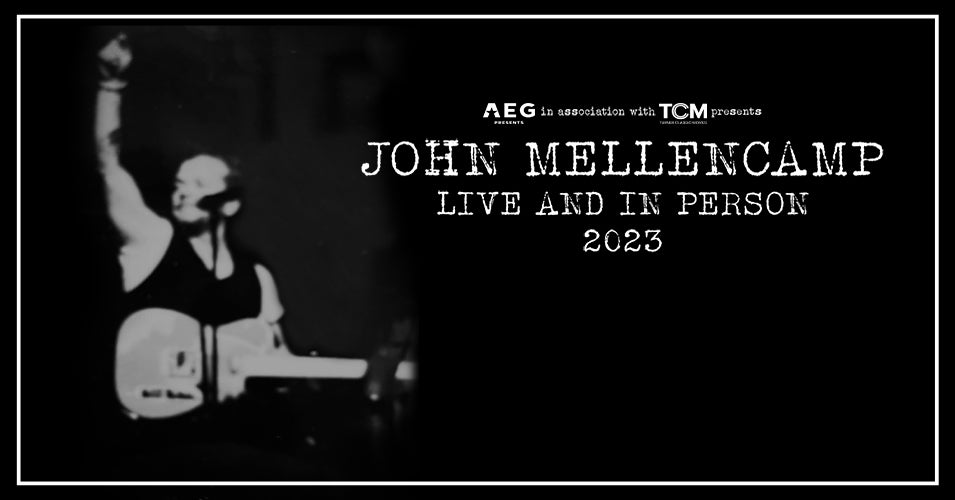 Legends of Rock: John Mellencamp is now open at the Rock and Roll Hall of Fame—a new, permanent part of the museum’s beloved and expanding Legends of Rock exhibit. Museum goers can expect to see artifacts including the suit worn in promotional photos for Mellencamp’s 2003 album Trouble No More, his 1976 Fender Telecaster Custom guitar played onstage extensively and the studio tracking chart for “Jack and Diane” from 1981, as well as an oil painting by Mellencamp himself, Backbone (2022), reworked from a 1993 self-portrait.

A reissue of Mellencamp’s beloved eighth studio album, Scarecrow, is set for release November 4 on Mercury/UME. The box set will include two CDs of newly remixed and remastered songs plus previously unreleased bonus tracks and alternate versions, a booklet full of rare photographs and all new liner notes by acclaimed author and music critic Anthony DeCurtis.

Mellencamp is a member of the Rock and Roll and Songwriters Halls of Fame, a recipient of the John Steinbeck Award, ASCAP Foundation’s Champion Award, The Woody Guthrie Award, the Americana Music Association’s Lifetime Achievement Award, and most recently, the Founders Award, the top honor assigned by the American Society of Composers, Authors and Publishers.

VIP PACKAGE DISCLAIMER
All sales are final. There are no refunds or exchanges under any circumstances. All packages and package contents are non-transferable. The artist, show and venue reserve the right to cancel any order for any reason. All packages and package contents are non-transferable. VIP merchandise will be shipped directly to each package purchaser; some exceptions may apply. VIP merchandise is not required for venue entry. Delivery of VIP merchandise can occur after event date. Please make sure to consider this before you decide to purchase a package. Information provided at the time of purchase (name, address, e-mail, etc.) is the same information that will be utilized for shipping and individual contact requirements where applicable. Package purchases are restricted to U.S. & Canadian addresses only. Merchandise will not be shipped outside of the U.S. or Canada under any circumstances. The artist, tour, promoter, ticketing company, venue or any other affiliated parties are not responsible for outdated or inaccurate information provided by the consumer at the time of purchase.