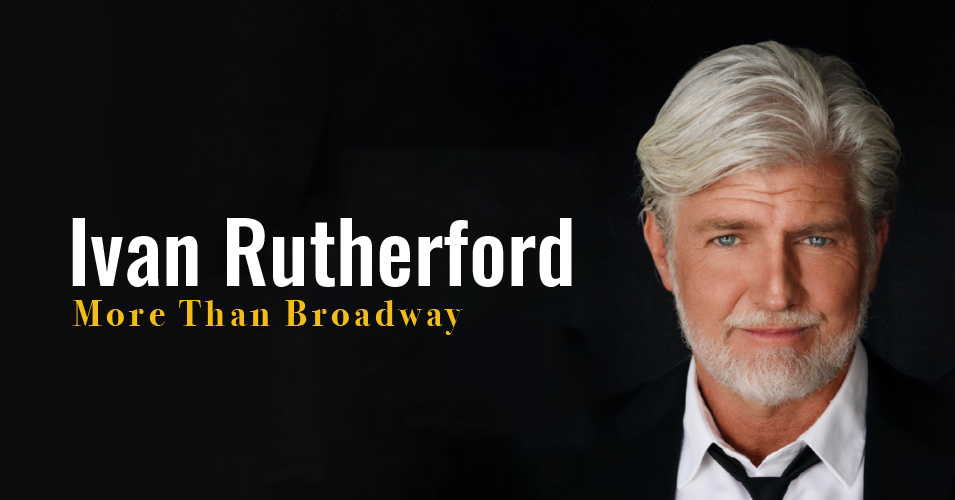 Ivan Rutherford has performed the role of Jean Valjean in Les Miserables over 2,300 times on Broadway and national tours. He was honoured with the role during the 10th-anniversary company in New York and played alongside Andrea McArdle (original Annie) at the Ogunquit Playhouse in Maine, and Lea Salonga on Broadway in the 20th anniversary Les Miz revival. Ivan was also nominated for Best Actor for his portrayal of Valjean at the First Annual National Broadway Theatre Awards, held at the New York Supper Club in NYC. Some other favourite roles include The Caliph in Kismet, Tony in Westside Story, Lt. Joe Cable in South Pacific (in which he won a Drama-Logue Award) and Officer Charles Lightoller in the Broadway production of Titanic. “More than Broadway” takes the audience on Ivan Rutherford’s personal journey from a small Pennsylvania town to the lead role on Broadway in the world’s most popular musical Les Miserables. It’s an evening filled with inspirational Standards and Broadway favourites. You’ll hear first-hand accounts of “Broadway Bloopers” and “Shenanigans”... along with some of his most tender moments in the performance. Together we will share an evening of unforgettable stories, laughter, and music!