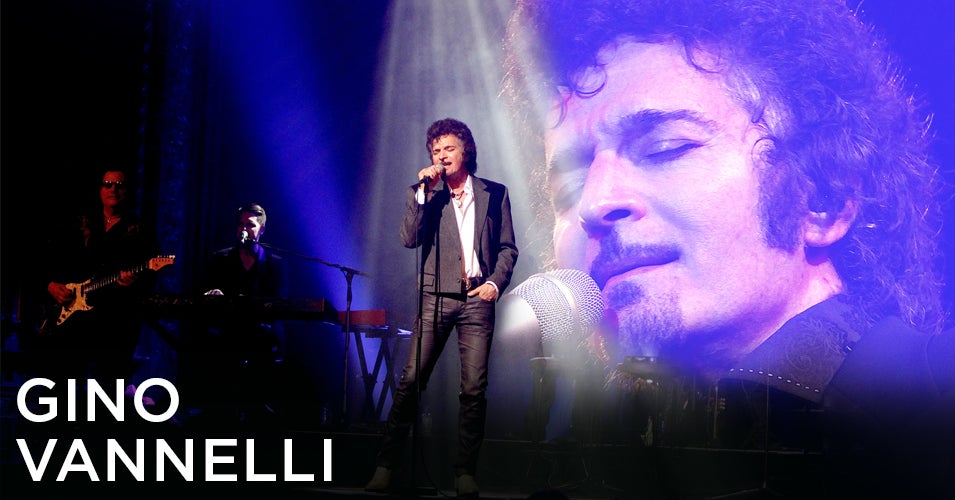 Gino Vannelli is a Grammy-nominated, Gold, Platinum, and Juno award-winning singer, songwriter, producer, composer, poet, arranger and band leader who has sold over 20 million records sold worldwide.Since his debut release of “Crazy Life” in 1973, Vannelli has remained one of the most distinctive voices in contemporary music and his evolving style has kept his fan base growing for over 40 years. From rock to jazz to soul, even classical, this singer/songwriter/producer has left no musical stone unturned, with an amazing 19 albums under his belt, most hitting the Billboard charts—his latest release being ‘Live in LA,’ a concert shot at the Saban Theater in Beverly Hills, California, hitting number one on Amazon.

VIP Soundcheck M & G Experience available as an additional charge of $60.00. Not included in ticket price.