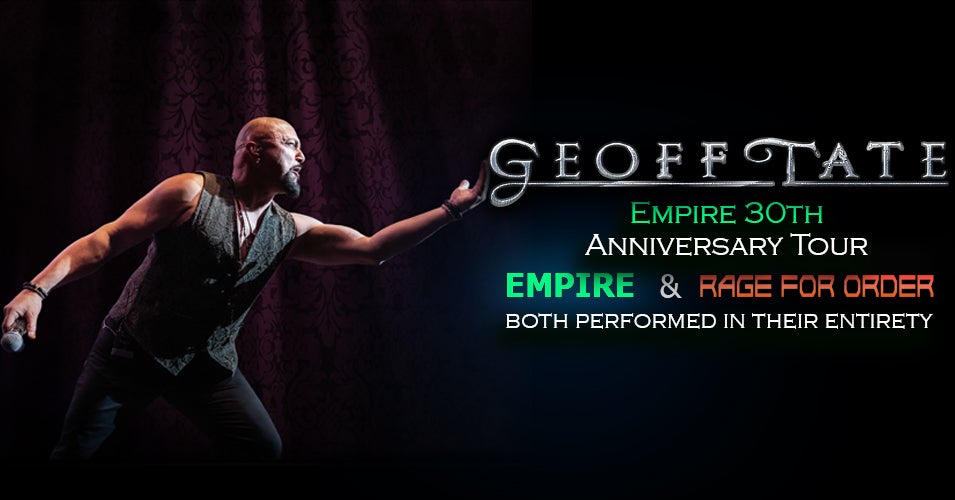 Multi-platinum selling, Grammy nominated singer/songwriter Geoff Tate is best known for his 30-plus years as the creative and driving force behind the progressive metal band Queensryche, Combining social consciousness and expertly crafted lyrics with high-energy, melodically complex music, Queensryche became internationally recognized as the thinking man's rock band over 20 million albums sold worldwide. The band's first three albums, their self-titled EP (1983), The Warning (1984) and Rage for Order (1986), all hit gold status selling over 500,000 units each. The landmark album Operation: Mindcrime (1988) went platinum and won critical and popular acclaim and comparisons to the Who's Tommy and Pink Floyd's The Wall. Their release of Empire hit the Top Ten on the Billboard charts and featured the hugely popular hit, "Silent Lucidity," which would be the band's first Top Ten single (#9 on the Billboard Hot 100 chart and #1 on the Billboard Mainstream Rock Tracks chart).