Christopher Jackson: Live From the West Side 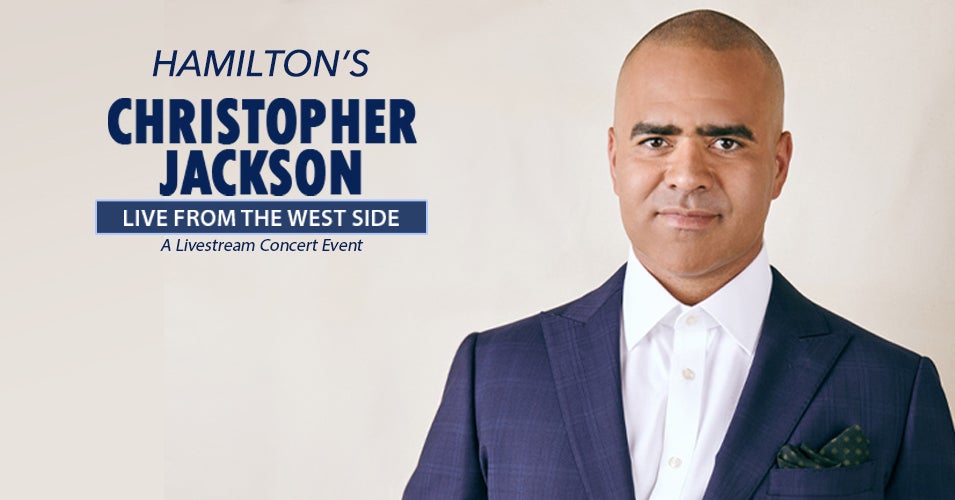 This one-night-only concert will feature Chris, performing with his live band, doing Broadway show tunes, pop hits, original songs, and sharing personal stories from his time in HAMILTON, IN THE HEIGHTS, and FREESTYLE LOVE SUPREME. You’ll even have the chance to text questions in real time. It’s a one-of-a-kind concert event you won’t want to miss! Proceeds from this livestream event will benefit the Broward Center for the Performing Arts. Christopher Jackson can currently be seen starring in the hit CBS drama "Bull" and recently starred in Freestyle Love Supreme on Broadway, available now on Hulu. In December 2018, “One Last Time (44 Remix)” was released as a part of the Hamildrop series which featured Chris with President Obama and BeBe Winans. Other Broadway credits include After Midnight, In The Heights (Benny), Memphis (Delray Farrell) and The Lion King (Simba). Christopher recorded an original song written by Lin-Manuel Miranda for the Disney film Moana and was also a Composer/Songwriter for Sesame Street and co-Music Supervisor and Writer for The Electric Company (PBS).

Tickets are $40 per household and include access to the livestream performance plus an additional 72 hours of on-demand viewing beginning one hour after the live broadcast ends. On August 14, ticket holders will be emailed the link, instructions and password, along with a series of FAQs. You are receiving a license to view this program for your household only. Do not share your login with anyone as this may result in your being excluded from the event without refund.

Become a member of the Broward Center
Receive FREE access to this livestream, plus great seats and pre-sales to upcoming events. Call 954.468.2681 or visit BrowardCenter.org/Entourage.