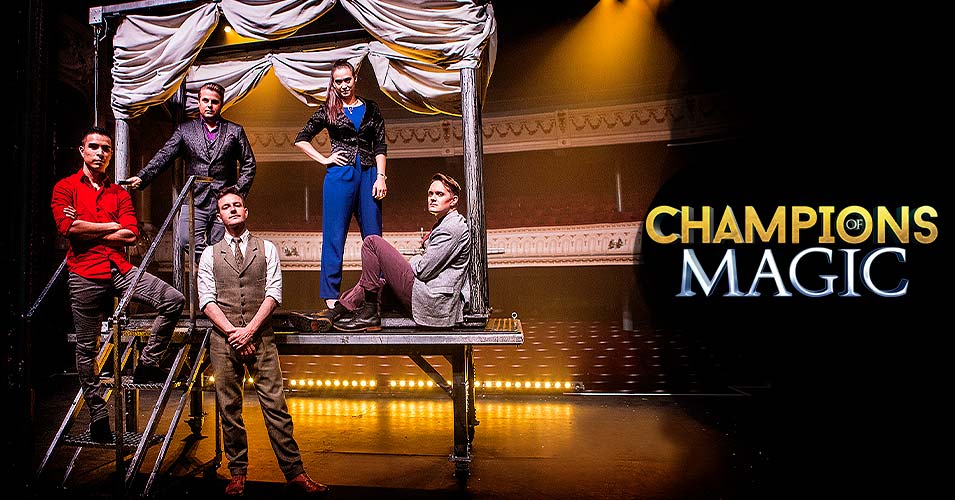 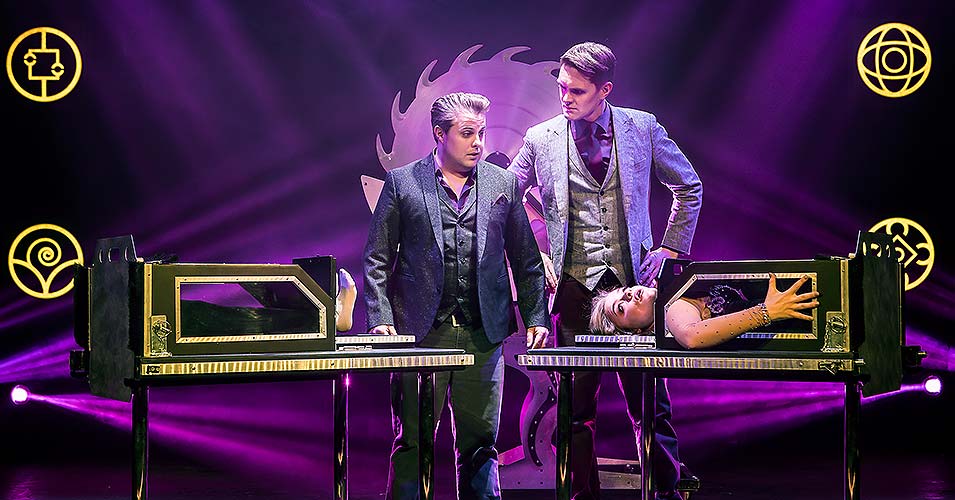 “You HAVE to check them out! That was tremendous!” – Access Hollywood Live
“That’s incredible… you guys are rock stars” – FOX 8 Cleveland
“I’m amazed… a one of a kind show” – FOX 4 Dallas-Fort Worth
“Lovers of magic won’t want to miss it. Five magicians impress with everything from small-scale magic to to grand illusio... Champions of Magic is an exhilarating show” – Stage Door Toronto

Break away from the screen and experience live entertainment like never before with Champions Of Magic – an evening of impossible illusions and spectacular special effects. Described by the press as ‘The Avengers of magic’ catch the only team of magicians in the world as they present their original, phenomenal ensemble illusions.

They’ve sold out shows across the globe, been featured on every major US TV network and racked up over over 50 million views online… but you haven’t seen magic until you’ve seen it live! The Champions Of Magic cast present incredible interactive magic, a daring escape from Houdini’s water torture cell, a mind-blowing prediction that has to be seen to be believed, levitation high above the stage and a finale beyond explanation. The show happens all around the theatre and features spectacular illusions that can’t be seen anywhere else.