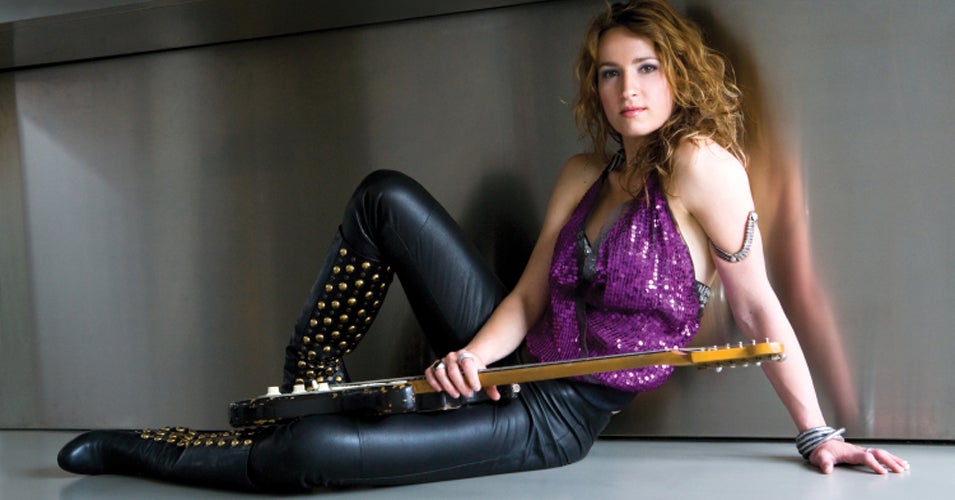 The award-winning guitar player, singer and songwriter has amassed growing legion of fans throughout the world for the past 20 years. Born in Serbia (formerly Yugoslavia), Ana quickly learned her father’s impressive blues and soul record collection, grabbed his guitar and started playing at the age of 15. Today, you’ll find Popovic in a select group of excellent modern blues guitar players. Her hard work and dedication has resulted in twelve albums, two DVDs and six nationwide Experience Hendrix tours. She's been called “one helluva a guitar-player” by Bruce Springsteen and nominated for seven Blues Music Awards nominations. Ana has appeared on the covers of Vintage Guitar and Guitar Player magazine. Her albums 'Can You Stand The Heat' and 'Unconditional' were USA Today Picks-Of-The-Week and featured on NPR Weekend Edition, who praised her "Fiery technique on the Stratocaster". Nearly all of Ana's albums reached the top of the Billboard Blues Charts. She and her six-piece band have toured tirelessly, sharing stages with B.B. King, Buddy Guy, Jeff Beck, Joe Bonamassa and many others.

Ana will be joined by special guest: Kat Riggins whose musical style is a blend of the Blues with elements of hip-hop, pop, rock, gospel, soul and even country music. Aside from the hip shakin’ fun stuff…Kat writes songs that hope to uplift, enlighten and inspire. Her approach is refreshing and unapologetically authentic.