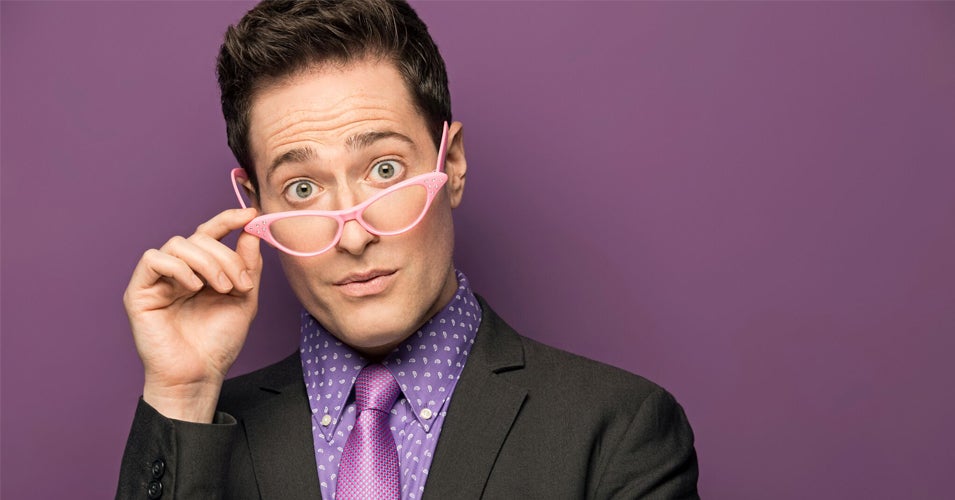 This show has been postponed. Please keep your tickets. All tickets will be honored on the new performance date. We understand you may not be able to attend, and you always have the option for a full refund when the new date is announced. Once a new performance has been determined, all ticket buyers will be contacted with the confirmed performance date and time. If you have any questions, please use our online contact us form to receive the quickest response.

The postponement and cancellation of performances have had an enormous financial impact on our nonprofit organization. Please consider making a donation to the Broward Center. With your support, we will emerge once again as a gathering place for all and continue to fulfill our mission to build community through the arts.

After 2 SOLD OUT shows in 2019, Randy Rainbow (yes, that’s his real name) is back by popular demand. This comedian, actor, writer, host and Internet sensation best known for his viral comedy videos. His popular series of political spoofs and song parodies have garnered international acclaim and over a hundred million views. He's been called "the best thing about the 2016 GOP race" by Dan Savage and his musical tribute to the first 2016 presidential debate ("BRAGGADOCIOUS!") received 28 million views in its first two days. He was subsequently asked by the cast of TV's Will & Grace to parodize a song which they performed during a political fundraiser for the 2016 election. Randy has also written for comedian Kathy Griffin and hosted and performed in numerous theatrical events for the Broadway, cabaret and gay communities, as well as for the Tony Awards and some of New York City's most popular night spots including 54 Below, Birdland Jazz Club, XL Night Club and Therapy NYC where his own weekly show ran for two years. VIP ticket includes a premium seat and a post-show artist Meet & Greet.