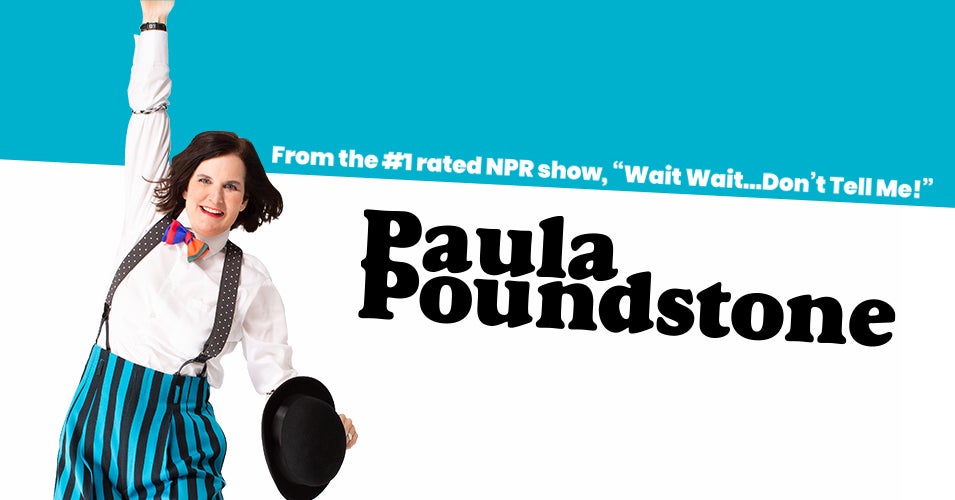 Paula Poundstone is one of our country’s preeminent comedians, known for her smart, observational humor and spontaneous wit that has become the stuff of legend. An accomplished author, lecturer, host and actress, she’s also popular panelist on NPR’s number one show Wait, Wait…Don’t Tell Me! Her new podcast ‘Nobody Listens To Paula Poundstone’ is a comedy field guide to life. Paula’s guest appearances include The Late Show with Stephen Colbert, Late Night with Carson Daly, Nerdist with Chris Hardwick and she was a clue in a New York Times crossword puzzle. An avid Disney movie fan, Paula had a dream come true when she was cast to voice the character “Forgetter Paula” in Disney/Pixar’s Inside Out, winner of the 2017 Academy Award for Best Animated Feature Film. Paula has had numerous HBO specials and starred in her own series on HBO and ABC. Paula was the first woman to perform standup comedy at the White House Correspondents’ Dinner. She won an American Comedy Award for Best Female Standup Comic and is recognized in innumerable lists, documentaries, and literary compendiums noting influential standup comedians of our time.