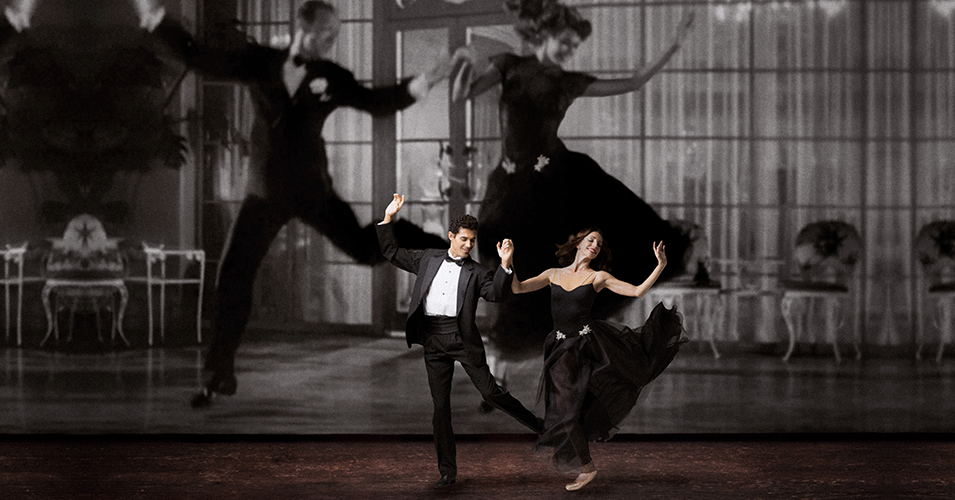 “THE GREATEST TRIBUTE HE COULD HAVE PAID TO MR. ASTAIRE… MR. ROBBINS HAS GIVEN HIM A GENUINE ROBBINS BALLET.” NEW YORK TIMES

I’m Old Fashioned opens Hayworth and Astaire dancing a sparkling duet from the 1942 film You Were Never Lovelier. As they sail across a huge screen, the MCB dancers give new life to the original silver screen choreography as they interact with the film stars. Balanchine famously called Fred Astaire ''the greatest dancer in the world'', and Astaire was reportedly honoured that Robbins had been inspired to create this work… From all sides, this delightful tribute to the Golden Age of Hollywood is big, glamorous and simply irresistible!

THIS BITTER EARTH* (Wheeldon/Richter, Otis)
Gorgeously haunting music by Max Richter is mixed with the spectacular vocals of Dinah Washington; this simple and powerful work will take your breath away.

SYMPHONIC DANCES (Ratmansky/Rachmaninoff)
A dramatic, fast-paced work by one of the world’s most sought-after, visionary choreographers.

Pre-show lectures one hour prior to showtime. Late seating holds vary by program. Late comers will be seated at the discretion of Front of House ushers.