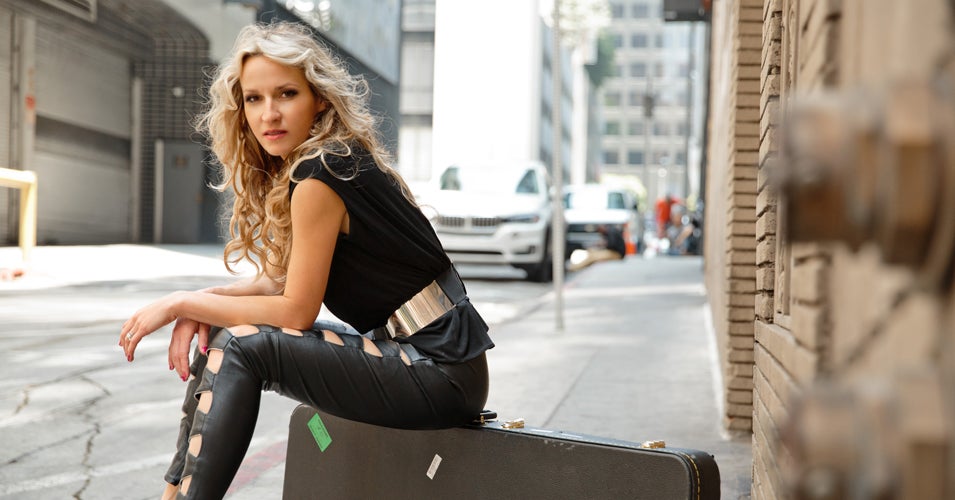 With a new hit album ‘Like it On Top,’ award-winning, hard-touring, guitar-slinger and singer Ana Popovic empowers and inspires with music from her chart-topping Billboard release. Recorded in Nashville, TN and produced by four-time Grammy winner Keb’ Mo’, the blues-influenced collection features guest appearances from Kenny Wayne Shepherd, Robben Ford and Keb’ Mo. Her latest work celebrates those that take initiative, develop, inspire and motivate while crediting the men who are motivated and enlightened enough to support women in their quest to be their  best versions of themselves. Popovic fell in love with American blues as a kid, starting back home in Belgrade, Serbia (ex-Yugoslavia), then moved to the Netherlands to study at the conservatory of jazz and world-music, before relocating to Memphis, TN to record and work with Southern Musicians. Called “one helluva a guitar-player” by Bruce Springsteen and nominated for six Blues Music Awards, Ana has appeared on the covers of Vintage Guitar and Guitar Player magazine. Her albums 'Can You Stand The Heat' and 'Unconditional' were USA Today Picks Of-The-Week and featured on NPR Weekend Edition, who praised her "Fiery technique on the Stratocaster". Nearly all of Ana's albums reached the top of the Billboard Blues Charts. She and her six-piece band have toured tirelessly, sharing stages with B.B. King, Buddy Guy, Jeff Beck, Joe Bonamassa and countless others.