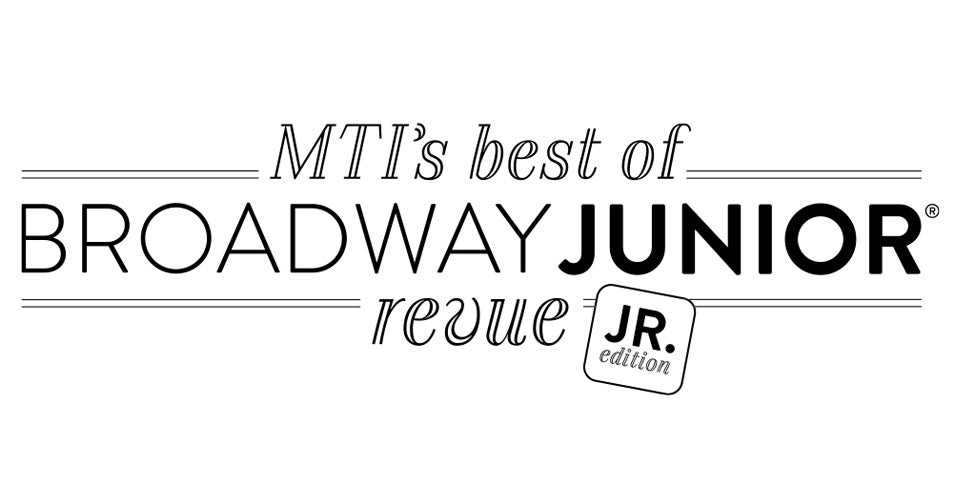 The Broward Center has been selected by Music Theater International (MTI) to produce a pilot production of MTI’s Best of BROADWAY JUNIOR Revue-Jr. Edition!  We are thrilled to be one of the first theaters in the country to produce this exciting new revue. MTI's Best of BROADWAY JUNIOR® Revue – JR. Edition features a selection of beloved songs from MTI’s Broadway Junior musicals, which are condensed, author-approved versions of classic shows, Disney favorites and modern works, custom-tailored to the needs of young people and schools. During this one-week rehearsal process, students perform songs from favorite JR musicals including Legally Blonde JR, Once on this Island JR, Guys and Dolls JR and more. This new revue contains exciting dance numbers, familiar show tunes and plenty of opportunities for students to take their skills to the next level and shine on stage.

The week culminates with a performance of MTI’s Best of BROADWAY JUNIOR Revue-Jr. Edition on stage in the Amaturo Theater.

As the Broward Center prepares to reopen its venues, the health & safety of our guests, artists, staff, and volunteers are our top priorities. With this in mind, have implemented a number of changes to ensure an enjoyable experience when you visit. Our health & safety guidelines have been developed in collaboration with Cleveland Clinic and have been informed by guidance of public health officials including the Centers for Disease Control (CDC). These guidelines will continue to evolve as the environment changes, and we will share updated information in advance of your visit.

Thank you for your cooperation in helping us to create a safe and enjoyable experience for all.